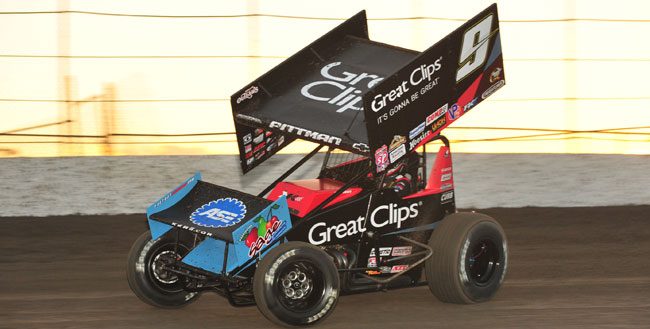 He’s back on the World of Outlaws STP Sprint Car Series – piloting a car for NASCAR star Kasey Kahne – and after the first weekend of competition this season, Pittman is at the top of his game.

After claiming the UNOH DIRTcar Nationals Presented by Summit Racing Equipment title with a win and a trio of top fives in three Florida races, Pittman is atop the World of Outlaws STP Sprint Car Series standings. And he’s headed to a track where he hasn’t finished outside the top six.

Pittman and the Outlaws will compete in their first race in Arizona since 2009 and first at Tucson International Raceway since 2007 for the Wildcat Shootout Presented by NAPA Auto Parts on Saturday, March 9.

“It was a great way to start the year in Florida, but I think half of that is remembering it’s a long season; a lot of races,” he said. “That was just Florida. We’ve got to keep it going and carry that to Las Vegas and to Tucson.”

In three previous World of Outlaws STP Sprint car Series events at the 3/8-mile track, Pittman has finished fifth twice and sixth in the other race.

“It’s neat because it’s really not that big of a race track, but it’s fast,” he said. “It’s really wide and has really long corners. It’s really kind of unique. For the size of it, it seems like we get around it at half-mile (track) speed.”

By showing a receipt from any NAPA store, fans can receive $5 off their admission of a general admission, reserved or child ticket. Fans who purchased tickets in advance can receive a fan pit pass.