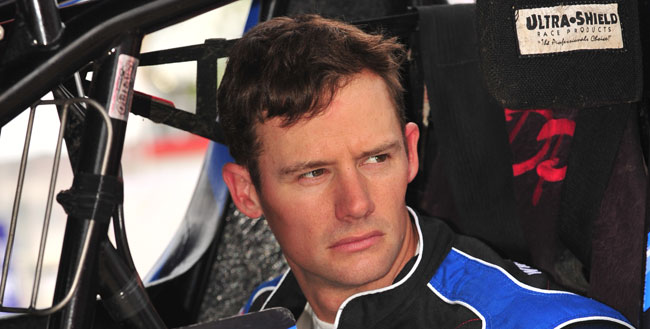 There’s the annual Chili Bowl, where Pittman races his own midget each January to start the year, and a flight to Australia for some competition against the Aussies.

Oh, and then there’s that ride change that happened.

Pittman and the rest of the sprint car drivers have a practice night on Tuesday, Feb. 12, before five straight nights of racing on the fast half mile.

“It’s a long year, a lot of races,” he said. “You want to start off strong and try to keep that momentum going, but at the end of the day it’s a long year.”

Volusia Speedway Park hosts the All Star Circuit of Champions on Feb. 13-14 before the World of Outlaws STP Sprint Cars hit the track for their first official dates of the 2013 season Feb. 15-17.

While Pittman and a variety of other drivers have spent part of the offseason racing at the Chili Bowl, in Australia or New Zealand, or on an X-box, the start of the season will be fresh for the more than 30 top-notch drivers who are headed to the UNOH DIRTcar Nationals Presented by Summit.

“Everybody is going in with a clean slate,” Pittman said. “I like a new track or a place we haven’t raced in a while.”

Every night is a doubleheader and there are FREE Fan Pit Passes with every ticket. Tickets can be ordered online by clicking WorldofOutlaws.com/tickets or by calling 877-395-8606.