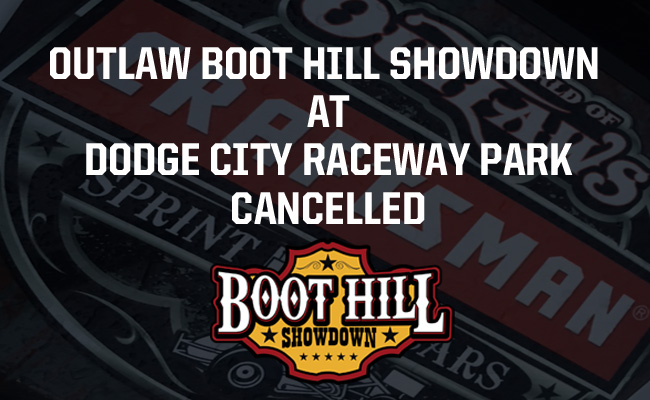 “The Outlaw Boot Hill Showdown is traditionally an outstanding event that everyone looks forward to attending, however, in the best interest of the fans and racers that we have decided to cancel this weekend’s event at Dodge City Raceway Park,” said Series Director Carlton Reimers.

All advanced tickets purchases will be honored at the 2018 date when announced. Ticket holders may request a refund by mailing their ticket stub back to World Racing Group office 7575 W Winds Blvd NW D, Concord, NC 28027 for a refund; refunds will not be issued at the track.

If you can’t make it to the track, DIRTVision.com has you covered with LIVE DIRTVision MAX video coverage of all the action from the three division of the World of Outlaw World Finals.