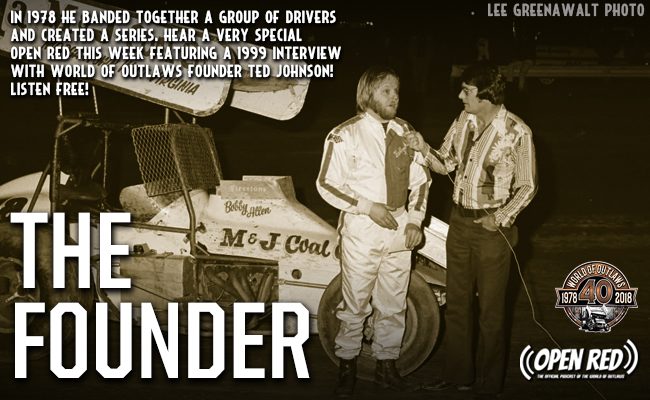 It’s an incredibly special week on the show! We went searching in the archives and found something that most of which has never been released to the public. World of Outlaws founder Ted Johnson is interviewed by Steve Byrnes from the 1999 season! Ted talks about the origins of the series, growing the fan base, and a whole lot more. It’s Open Red, the Official Podcast of the World of Outlaws!

Open Red is the Official Podcast of the World of Outlaws. Each week, we’ll bring you entertaining discussions, unfounded insight, non-expert analysis, and some great guests from the Greatest Show on Dirt! ::Insert Horn Blast Here::