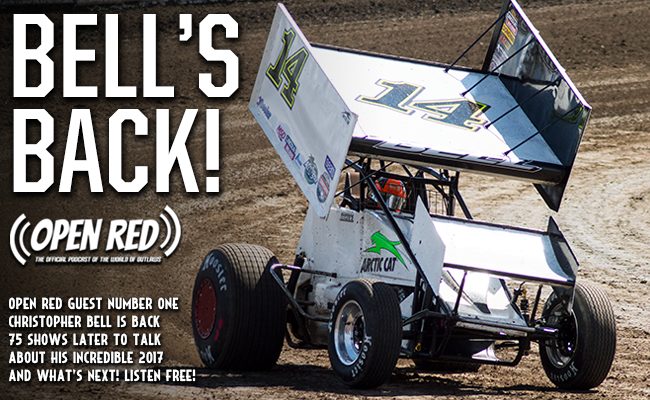 CBell is back! He was the first ever guest on the show and he’s back 75 shows later to talk about his incredible 2017 season which included an Outlaw win at Eldora and the Chili Bowl title. It’s Open Red, the Official Podcast of the World of Outlaws!

Open Red is the Official Podcast of the World of Outlaws. Each week, we’ll bring you entertaining discussions, unfounded insight, non-expert analysis, and some great guests from the Greatest Show on Dirt! ::Insert Horn Blast Here::