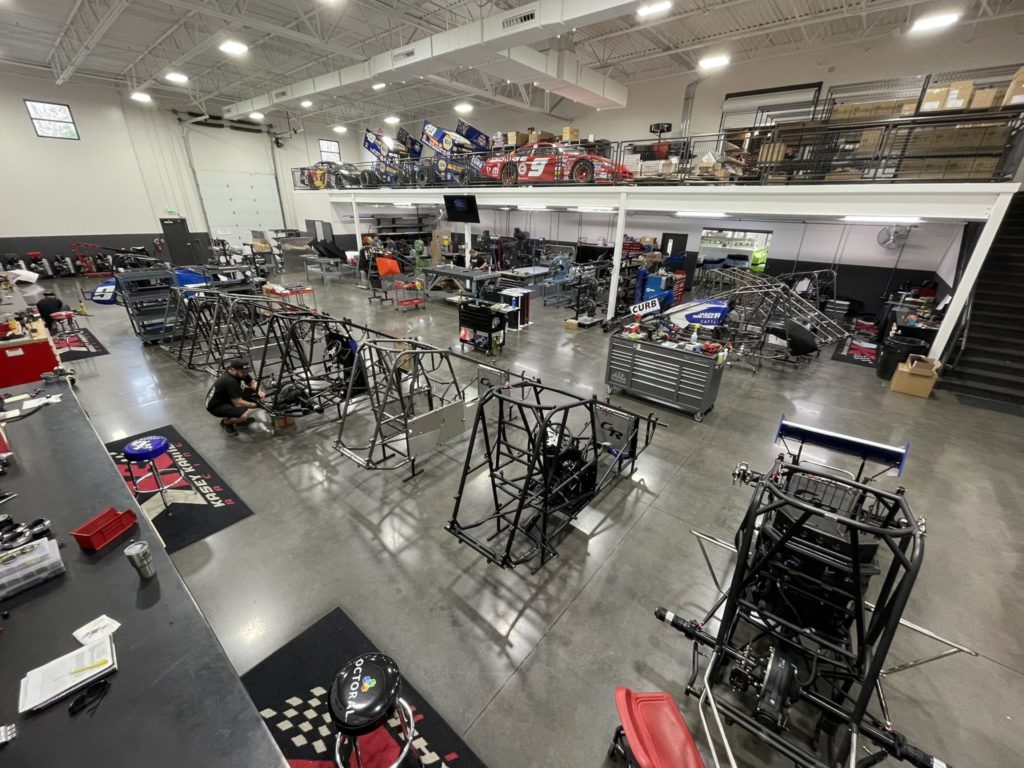 With 90+ races taking teams from coast to coast and ranging from February to November, there’s no denying that the World of Outlaws NOS Energy Drink Sprint Car schedule is one of the most grueling in all of Motorsports.

From the 2021 World Finals (Nov. 6) to the 2022 DIRTcar Nationals (Feb. 10), teams only have a mere 96 days to enjoy working from the comfort of their home shop. Don’t be fooled, though, this three-month stretch is arguably the busiest time of the year for the crew members and manufacturers who make this Series go around.

For Kasey Kahne Racing, the newest World of Outlaws dynasty, their Mooresville, NC shop is a madhouse during the off-season with three full-fledged programs thrashing to get ready for a new year.

“It’s kind of laid back until Thanksgiving, then you want to get a lot down before Christmas, and then you’re in here every day during January to make sure you’re ready for Volusia,” Mooney said.

Most agree that the so-called “off-season” is even busier than the regular season, which is primarily chalked full of traveling and racing. Like a normal race night, everyone has their specific tasks which they focus on first come shop time.

As crew chief, Prutzman is ordering parts, sorting shipments, helping with inventory, and fitting bodies to paint. He says that cars (from Maxim Chassis) normally arrive in early December and from there they’re full sprint to get ready for February.

Mooney assists with inventory and mainly focuses on building new cars for the upcoming season. They’ll build at minimum five new cars for Sweet to wheel in 2022.

Bowman, the tire specialist, spends a good three months in the trailer with his wheels from tearing apart bleeder bases to torquing every center bolt he can find. He says they’ll get a large shipment from Hoosier Tire in the off-season, but he doesn’t touch the actual rubber until a week or two before Volusia.

With the addition of Kahne Screen Print in the building, KKR is now up there with Tony Stewart/Curb-Agajanian Racing as arguably the two busiest shops that host World of Outlaws programs.

When Volusia comes around, the boys will stock the trailers full of almost every part they could possibly need. Several spare engines, a backup car, and a kit car (which can be finished building at the track if needed) are also tucked away along with the primary car.

That’s just a small glimpse into the ultra-busy life of a World of Outlaws team during the not-so-quiet “off-season.”

The 2022 World of Outlaws NOS Energy Drink Sprint Car Series is now only 34 days away. It all starts at Volusia Speedway Park in Barberville, FL with the DIRTcar Nationals on Thursday-Saturday, February 10-12. Fans can BUY TICKETS HERE.

For those unable to attend in person, you can watch Every Lap LIVE on DIRTVision.