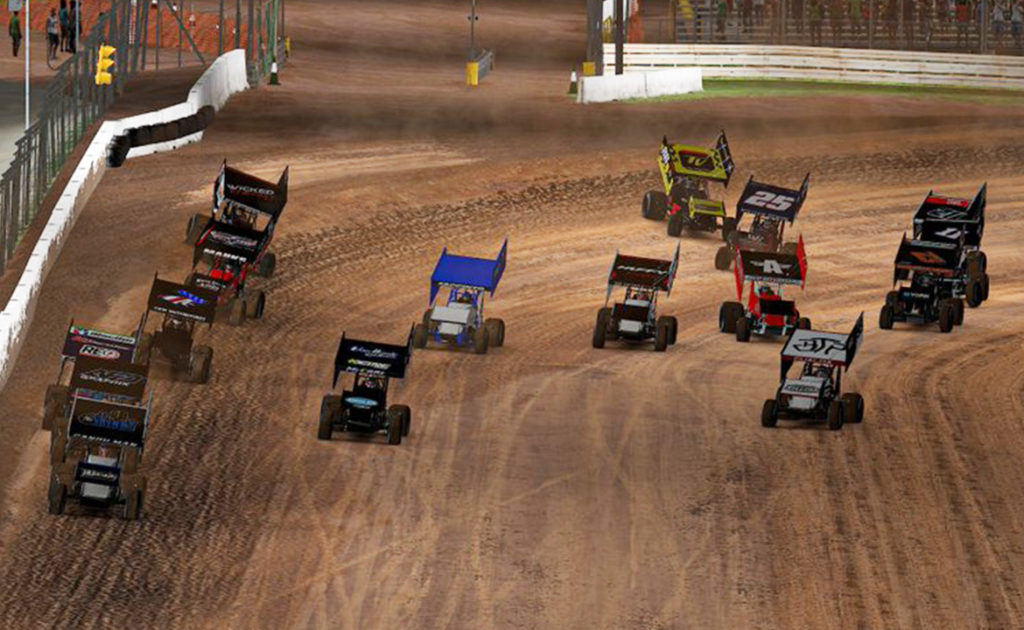 Race Fans will be treated to historical events this week with the World of Outlaws NOS Energy Drink Sprint Car iRacing Invitational at Williams Grove Speedway and DIRTVision’s airing of the 1993 and 1994 World of Outlaws Sprint Car races at the Syracuse Mile.

Here is what you can look forward to throughout the week.

The iRacing World of Outlaws NOS Energy Drink Sprint Car World Championship is at the halfway point of the season with its return to Limaland Motorsports Park tonight at 9 p.m. (ET) on iRacing.com/Live. Braden Eyler got his first win with the Series last week at Knoxville Raceway. The points battle is heating up, as well, with Alex Bergeron leading Kendal Tucker by only nine points.

After a successful debut at the virtual Lernerville Speedway, which saw Kevin Swindell get back-to-back wins, the World of Outlaws NOS Energy Drink Sprint Car iRacing Invitational league will remain in Pennsylvania when it makes its debut at the historic Williams Grove Speedway Tuesday night.

Like in reality, the Outlaws will look to beat the PA Posse in their own territory. However, both will have to beat iRacing stars such as Swindell and Logan Seavey, along with other star drivers such as Juan Pablo Montoya and William Byron – who’s won back-to-back NASCAR Pro iRacing events. All of them will be competing for the $1,000-to-win prize in the 35-lap NOS Energy Drink Feature.

Race fans will once again be treated to a spectacular blast from the past on Saturday, April 25, for the #DVWatchParty when DIRTVision airs the 1993 and 1994 World of Outlaws Sprint Car events from the Syracuse Mile. There will also be an all-star list of guests for the roundtable such as Dave Blaney, Lance Dewease, Jeff Swindell and Billy Pauch.

Are you enjoying tonight's #DVWatchParty?

Be sure to tune in next weekend as we watch @WorldofOutlaws events from the Syracuse Mile in 1993 & 1994 and hear from guests like @BuckeyeBullet10 and Billy Pauch! #DIRTTogether pic.twitter.com/ILJI5Lr6aa