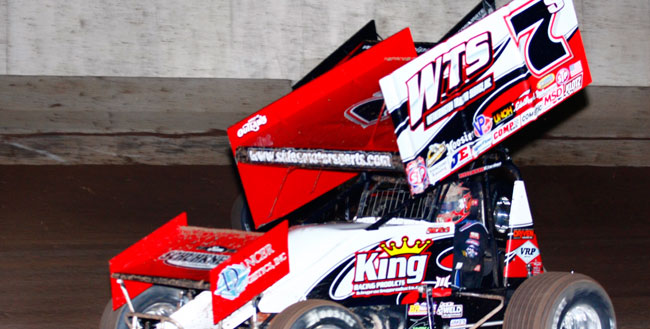 The STP Sprint Car Series will debut at the 3/8 mile on Friday, March 22

STOCKTON, Calif. — March 13, 2013 — There aren’t many better ways to break in a new track than to host the World of Outlaws STP Sprint Car Series.

That’s exactly what Stockton 99 Dirt Track is doing on Friday, March 22, when the premier sprint car series in the country will welcome another track to the California fraternity.

“As long as we can get more race tracks in California I think that’s great,” Jason Sides said. “It’ll be good to go there and see what it’s all about. I hear it’s a big track so another big track in California like Calistoga, that’d be great.”

Stockton 99 Speedway, which is located on the San Joaquin Fairgrounds, recently added the big 3/8-mile dirt track to the impressive facility. Stockton 99 Dirt Track was built in the infield of the old horse racing track at the fairgrounds and it joins a quarter-mile paved track, a karting track and a drifting track on the property.

“It’s going to be new for everybody,” Joey Saldana said. “I think it’s great to have a new venue. I just hope the fans support it and it makes a stop we have every year with the World of Outlaws at Stockton.”

Reserved seating is already sold out, but general admission and box seats can be ordered online by clicking WorldofOutlaws.com/tickets or by calling 877-395-8606.