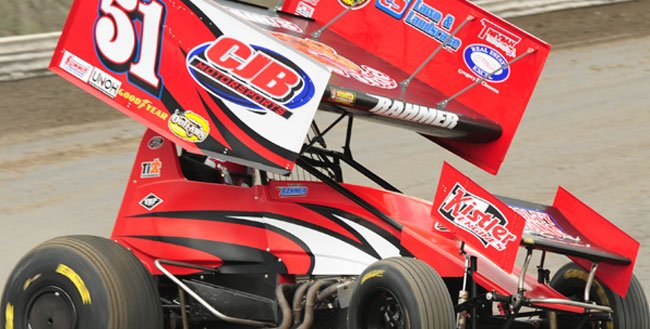 World of Outlaws Return to Lincoln titled “The Gettysburg Clash”

ABBOTTSTOWN, Pa. — April 4, 2012 — After a 14-year absence, the World of Outlaws will return to Lincoln Speedway on May 9 for an event that will be known as “The Gettysburg Clash.”

The unique name was selected among nearly 150 entries that fans submitted during a contest on Facebook. The initial names were narrowed down to 10 finalists and after World of Outlaws staff and track officials voted, Justin Zapotoczny of East Freedom, Pa., was declared the contest winner.

The title is a perfect description for a battle between the locals and Outlaws at a historical facility in the heart of Gettysburg. Pennsylvania native Fred Rahmer was the last to win a World of Outlaws race at Lincoln Speedway in 1998, while the “King” of the Outlaws – Steve Kinser – has claimed 13 of the 36 career World of Outlaws races at the half-mile oval.

The race also kicks off the Six Pack tour, which features six events in 12 days throughout the Northeast. The first half of the tour features three nights of huge battles between the Outlaws and the Posse, beginning Wednesday, May 9, at Lincoln. It continues Friday and Saturday, May 11-12, at Williams Grove Speedway in Mechanicsburg, Pa.

The Six Pack then heads into New York on Wednesday, May 16, at Rolling Wheels Raceway in Elbridge and Saturday, May 19, at Orange County Fair Speedway in Middletown. The swing wraps up on Sunday, May 20, at Hagerstown (Md.) Speedway.