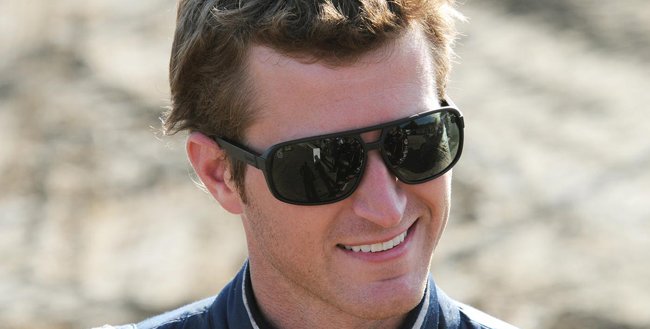 MECHANICSBURG, Pa. – July 23, 2011 – Kasey Kahne survived a wild ride during the first night of the Summer Nationals Friday at Williams Grove Speedway. The Enumclaw, Wash., driver was running the high side when a hard charging Craig Dollansky dove below him and began to slide up the racing surface.

“I saw Craig start to drift up towards me,” said Kahne, who was running near the front of the pack during the second heat race. “He did something similar to me at Limaland (Motorsports Park) and I was able to get on the brakes. It still put me up into the wall and messed with us a bit. There wasn’t anything I was able to do this time around though. I got wrecked and that happens sometimes in racing. I’m alright but I haven’t flipped in a race car like that in awhile.”

Kahne did manage to walk away from the incident that sent his car over the wall in turn four. However, his #49 Ollie’s Bargain Outlets machine was beyond repair. Kahne scratched from the event and the car was thrown away. Check out the video below to see Kahne’s wreck at Williams Grove.