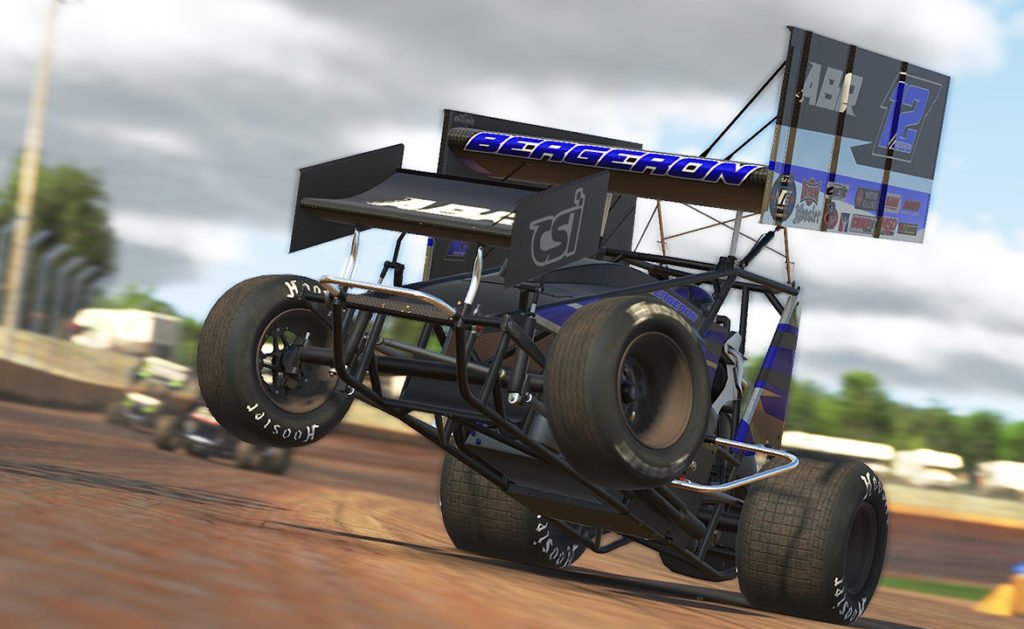 Three races remain in the iRacing World of Outlaws NOS Energy Sprint Car World Championship, but none will be a bigger wild card than tonight’s return to Kokomo Speedway for the first time since 2019. The quarter-mile Indiana bullring is one of the shortest dirt ovals on iRacing, and as the world’s fastest drivers push the fastest Sprint Cars on the service to their limits, there’s potential for a massive shakeup when the checkered flag falls.

Two-time defending champion Alex Bergeron is back in control of the points chase coming into tonight’s action, thanks to a dominant performance last week at Cedar Lake Speedway. While chief title rival Hayden Cardwell had to fight from the back of the pack in the Last Chance Qualifier to salvage a fourth-place run in the Feature, it was smooth sailing for Bergeron, who posted a perfect night with wins in every session to retake control of the points lead by 10.

Narrow as it is, Cardwell will have his work cut out for him to make up that deficit tonight. Most of the top-10 drivers in points have run Kokomo at this level before, including Bergeron and 2019 podium finishers James Edens and Cole Cabre. On the bright side, Cardwell’s saving grace is that he’s proven himself to excel at the shorter ovals in the past. His first career win in the Series earlier this season came on another quarter mile, Fairbury Speedway.

Elsewhere in the standings, Kendal Tucker remains solidly third in points, with Edens and former series champion Tim Ryan completing the top-five. Just under 20 points separate sixth through ninth-place, with Tyler Ducharme, Nick Cooper, Tyler Schell and Cameron Merriman all in that mix, while Braden Eyler holds just a seven-point advantage over JD Brown for the final spot in the top 10.

DIRTVision is the new home of the iRacing World of Outlaws NOS Energy Sprint Car World Championship for the 2020-21 season. Fans can visit www.dirtvision.com and register to watch every race of the season for free on Monday nights at 9pm(ET).

Tonight’s iRacing World of Outlaws NOS Energy Sprint Car World Championship action from Cedar Lake Speedway kicks off at 9pm(ET) on DIRTVision. The Series returns to action next week at Kokomo Speedway, which makes its return to the schedule for the first time since 2019. For more information on iRacing and for special offers, visit www.iracing.com.