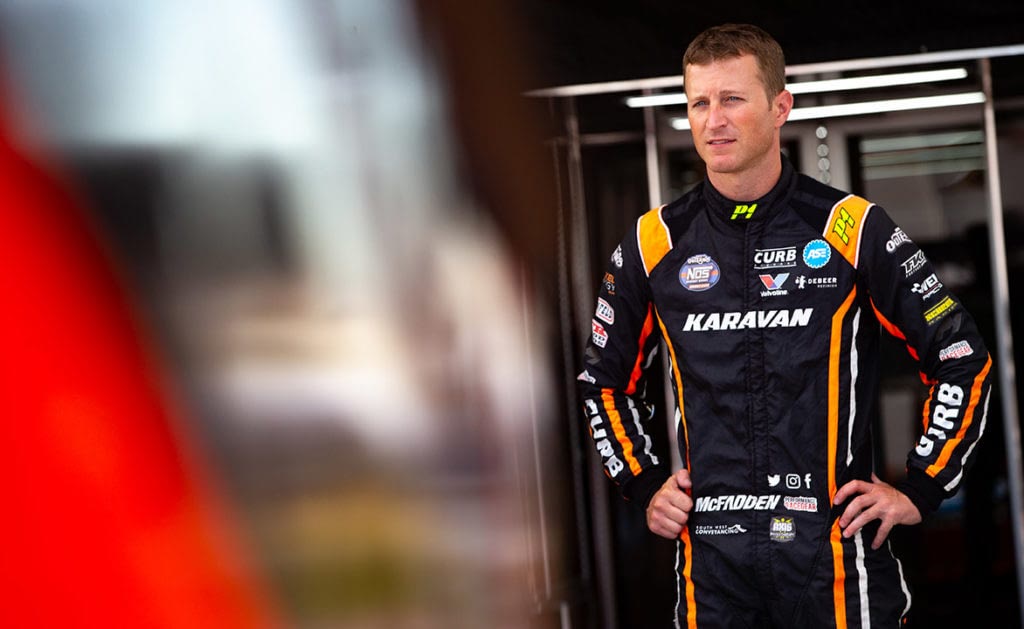 Florida has been kind to Kasey Kahne.

You might recall his two wins at Daytona International Speedway – during a NASCAR Duel race in 2010 or his Xfinity Series win in 2014. But 20 miles West of the famed track is where the three-time World of Outlaws NOS Energy Drink Sprint Car Series champion car owner has collected the most trophies in the sunshine state.

That track is Volusia Speedway Park, in Barberville, FL – which will host the 50th DIRTcar Nationals Feb. 2-13.

Kahne, the driver, has one win at the half-mile track in 2002 with the All Star Circuit of Champions. Kahne, the car owner, has six DIRTcar Nationals championships and 13 wins overall at Volusia – between drivers Brad Sweet, Daryn Pittman and Joey Saldana.

The day after his win in 2002, Kahne made the overnight drive to North Carolina to test a then NASCAR Bush Series car at Rockingham Speedway in preparation to start his NASCAR career. Three years later, Kasey Kahne Racing was formed.

When he first started the team, while there were always aspirations for wins and championships, Kahne just wanted to provide his team with the best equipment he could and be there for them as an owner. That’s led to three World of Outlaws NOS Energy Drink Sprint Car Series championships and 185 Series victories.

“I always just wanted to watch the guys go and watch them win,” Kahne said. “Give them the best opportunity I could from an owner’s standpoint and see what they do with it. Over the last few years, they’ve done a lot. It’s been a lot of fun, whether I was watching on DIRTVision, which I did, I don’t know how many hundreds of races. Now, to be at more of them and watch their success, it feels good to be a part of that. Winning never seems to get old. We want to do a lot more of it from both teams.”

Both KKR cars – the #49 of Brad Sweet and the #9 of James McFadden – finish first and second in the 2020 DIRTcar Nationals points, respectively. For Sweet, Volusia Speedway Park has proved to be one of his best tracks in his tenure with the team. He has two DIRTcar Nationals Big Gator championships and seven wins overall at Volusia – five with the World of Outlaws.

“For whatever reason, it’s definitely one of my best tracks,” said Sweet, the two-time defending Series champion. “We’ve definitely struggled there in the past here and there. I think it says a lot about our guys and our race team that they bring a really fast car there every year. It’s the first week of the season and you can see the teams that haven’t meshed yet or aren’t as well prepared and the teams that have been together are going to come out of the box a little stronger. That’s going to give us an advantage. And for whatever reason, it’s been a good racetrack for me.”

The key to KKR’s success at the track stems from their offseason preparations. When the 2020 season ended, Kahne said the crew has been working in the shop all season long to get ready for 2021.

He’ll join Sweet on track this year at Volusia, he said, as he plans to drive the team’s #9 car when McFadden can’t.

“I’ve enjoyed it,” Kahne said about stepping back behind the wheel. “It’s been good. Last year, I didn’t plan on doing it a whole lot but with COVID and how things worked out, I ended up doing a lot more races and liked it. I always liked being in a Sprint Car and being a part of that. I always enjoy working on the car and being with the teams and things like that. That’s been a lot of fun the last couple years, as well. We’ve been fortunate to have a lot of success here recently. It’s fun to be part of it and traveling with the guys.”

After claiming another DIRTcar Nationals title and another World of Outlaws championship in 2020, Kahne is excited about the prospects of 2021 for his KKR team and kicking off the season strong at Volusia.

“I feel really good about where KKR is and where our engine program is,” he said. “I think we made some nice gains there late in the season, which will show at Volusia. I was talking with Brad and he’s ready to go. He’s always putting the work in and wants to win a lot this year. I like hearing that. The cars are coming together. The guys have been here nonstop since the season ended. Definitely, no one has backed down. It’s going to be a fun season.”

For tickets to the 50th DIRTcar Nationals at Volusia Speedway Park, CLICK HERE.