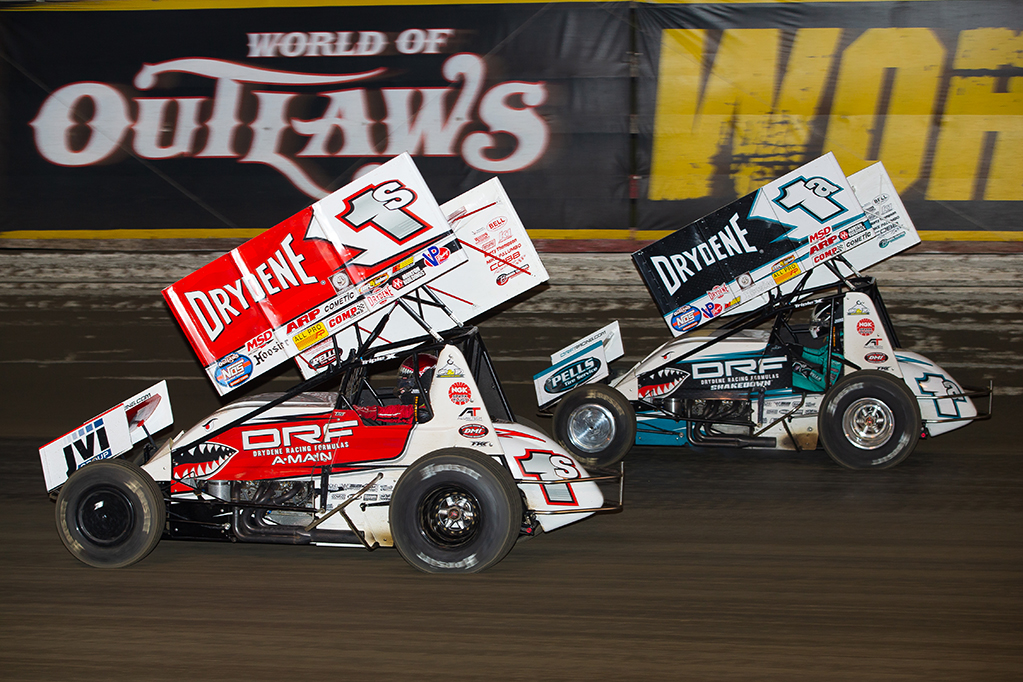 The Texas Two-Step at Cotton Bowl Speedway has found new dates and a new sponsor.

“We are excited to be part of the Drydene Texas Two-Step,” said Dave Klinger, President of Drydene Performance Products. “This spring trip is essential in getting the season going and we’re proud to be a part of it. The Texas Two-Step is a unique opportunity for us to increase our involvement by supporting both the race teams and the fans in a market where we’ve recently added a new Drydene distributor, and the presenting sponsor of the race, American Lube Supply. This is only the beginning of what we believe is going to be another exciting season in the partnership between Drydene and the World of Outlaws.”

Schuchart currently leads the early-season championship chase following a dominant DIRTcar Nationals title, which included a win and second-place finish in February. Allen, who collected his first career World of Outlaws Feature triumph last September, is off to the best start of his World of Outlaws career with two top-10 finishes currently placing him sixth in the point standings.

Cotton Bowl’s Drydene Texas Two-Step will mark the third week of a revised six-week spring schedule that was announced Tuesday. Beginning in March, The Greatest Show on Dirt will venture from Florida and through Mississippi then Louisiana to get to Texas. Then, it’s off to Missouri and Indiana before resuming the regular schedule with Lawton (OK) on April 16 and Devil’s Bowl (TX) on April 17.

If you already have tickets to the event at Cotton Bowl Speedway and can’t make it to the rescheduled dates, you have until March 25 to request a refund through this LINK HERE.