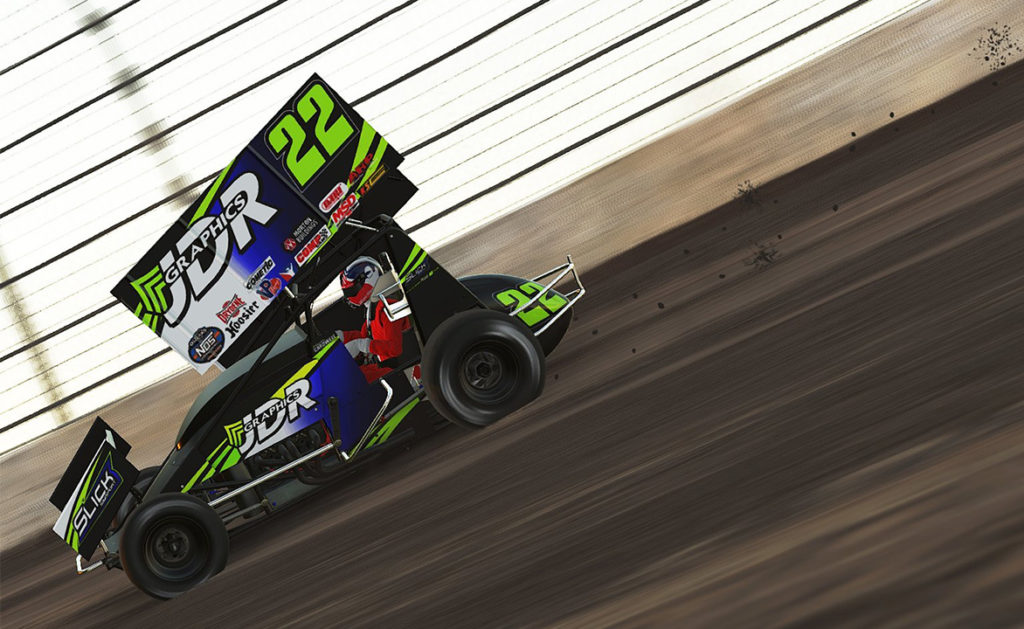 Bergeron dominated most of the night, leading the first 30 laps of the 35-lap feature, but lost the lead after making contact with lapped traffic, giving way first to James Edens before Cardwell led the final four laps of the race.

It was Cardwell’s first win since the series visited Fairbury Speedway, making him two for two on quarter-mile tracks on the season. The win also marked a strong rebound from last week’s struggles at Cedar Lake Speedway, which sent him through the Last Chance Qualifier after a crash in the heats. Longtime Series front-runner James Edens was second, while the consistent Tyler Schell completed the podium in third. Bergeron would drop to fourth after the incident, just ahead of Weedsport race winner Cameron Merriman at the bottom of the top-five.

The back-and-forth nature of Bergeron and Cardwell’s battle has come to define the second half of the season, with both drivers pulling well away from the rest of the field in the championship standings. Their contact at Weedsport knocked both drivers off the podium, while Cardwell had to put forth a heroic effort at Cedar Lake to recover from his LCQ trip and salvage fourth-place points. The duo has been separated by single-digit points for nearly the entire season and has just two races left to settle the most exciting title fight in Series history.

The iRacing World of Outlaws NOS Energy Sprint Car World Championship runs its penultimate round next Monday at Williams Grove Speedway, a track where Nick Cooper swept two visits in 2018, Bergeron won in 2019, and Edens took the victory last season. As always, the race can be streamed live on DIRTVision on Monday at 9pm(ET). For more information on iRacing and for special offers, visit www.iracing.com.