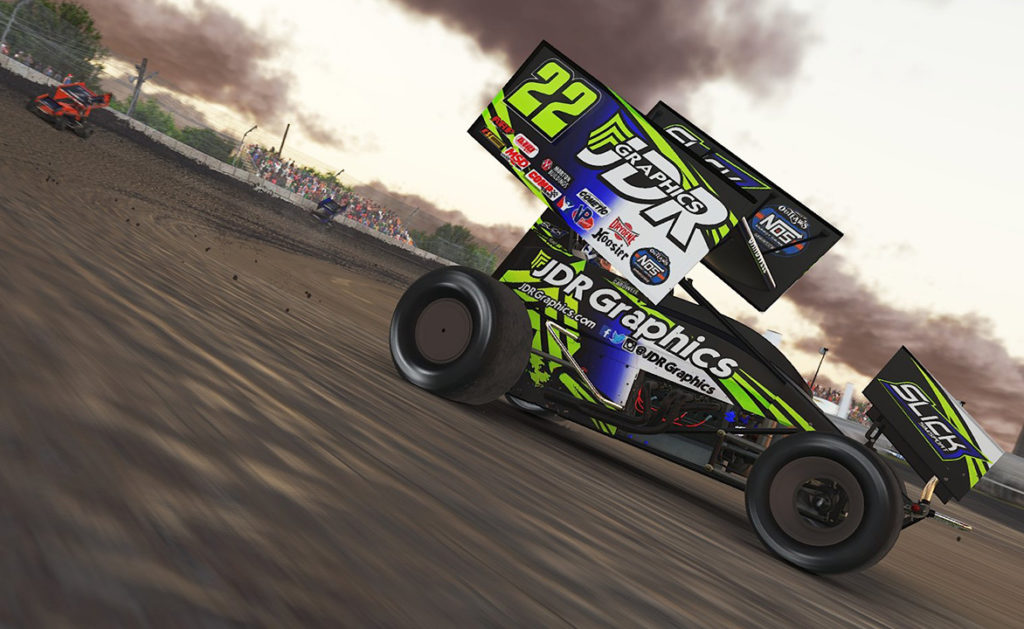 Move over, veterans of the iRacing World of Outlaws NOS Energy Sprint Car World Championship—there’s a new name on top of the leaderboard.

Hayden Cardwell’s prowess on dirt ovals in iRacing World Championships had already been established prior to Monday night’s event at Fairbury American Legion Speedway. The Tennessee native was already established on the late model side, having won his first career Morton Buildings Late Model World Championship start in 2019 and the series championship this summer. But just three races into his Sprint Car career, after having already taken the points lead last week at Knoxville, Cardwell scored his first World Championship win in a 410 at the Illinois quarter-mile.

Top qualifier Cole Neuhalfen would win the first heat, with Cardwell, Braden Eyler, and Logan Rumsey taking the other three heat wins. Austen Semmelmann and Cole Cabre would then take a pair of last chance races that would send top series veterans like James Edens, Rusty Kruger, and Adam Elby home early. But when the field took the green flag for the 35-lap feature, Neuhalfen’s hopes of joining Dillon Semmelmann as drivers to score their first series win at Fairbury were dashed, as Cardwell immediately took the top spot and never looked back.

Eyler, last season’s breakout driver, was second, while two-time defending series champion Alex Bergeron completed the podium. After coming in just one spot out of first, Bergeron managed to maintain a single-digit gap to Cardwell for the championship lead, but fellow former series champion Tim Ryan wasn’t so lucky. Last week’s winner at Knoxville was a part of the third and final caution of the night, leaving him a disappointing 16th place, one lap down, and dropping him behind Nick Cooper to fourth in the standings.

The 2020-21 iRacing World of Outlaws NOS Energy Sprint Car World Championship season continues next week with a return to Eldora Speedway. As always, the race can be streamed live on DirtVision on Monday at 9PM ET. For more information on iRacing and for special offers, visit www.iracing.com.