Back to a Bullring 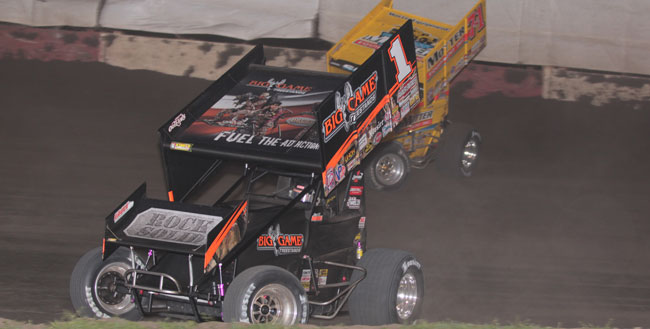 The third visit in as many years to the tight, third-mile oval is set for Friday, March 29

Merced Speedway is a tight, semi-banked track that was widened to a third mile last year. It’s a place where there are always cars to pass, whether a driver starts on the pole or mid-pack. And when there are two dozen screaming World of Outlaws STP Sprint Car Series drivers banging wheels, it’s quite the show.

The premier sprint car series is set to compete at Merced Speedway for the only time this season on Friday, March 29. It marks the third straight year with a visit to the track.

“It’s a tough place to pass; track position means a lot,” Cody Darrah said. “It puts on a pretty good show because when the feature starts, the leaders come up on the tail within a lap or two. It’s an exciting race track to go to with the fans and the atmosphere of it.”

Sammy Swindell has claimed the two previous features. Jason Sides placed third in both main events, and Jason Meyers and Steve Kinser are the only other drivers to record a top 10 in each race.