ALL ABOUT POINTS: Format Unveiled for AGCO Jackson Nationals on June 24-26 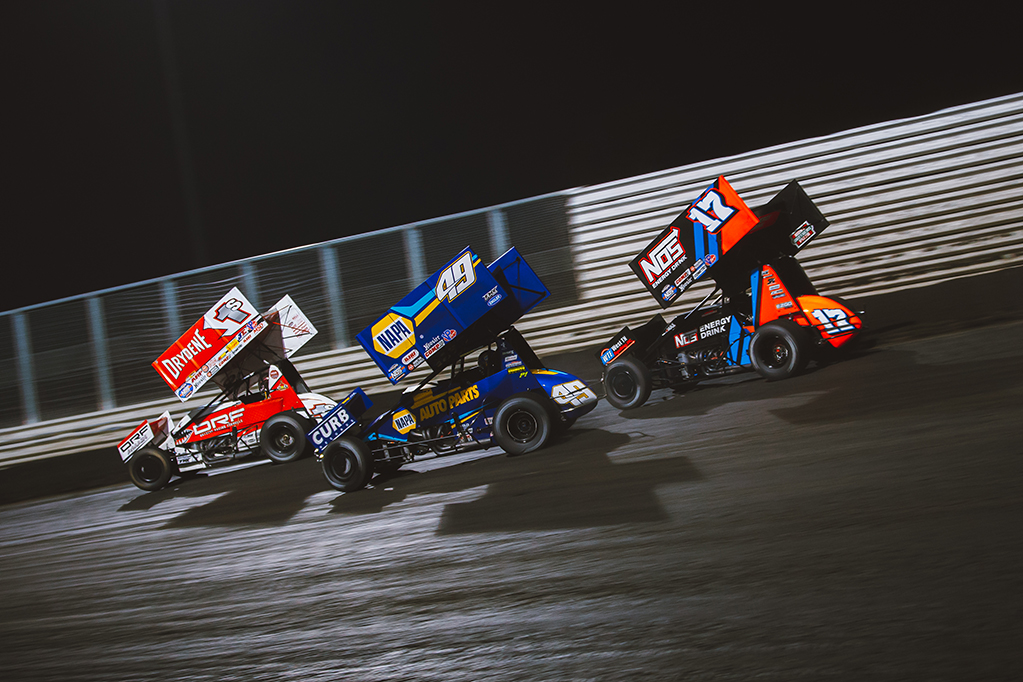 The format has been finalized for this week’s 43rd annual AGCO Jackson Nationals.

Similar to last year’s The One & Only at Knoxville Raceway, this year’s Jackson Nationals will utilize a format centered around accumulative points from preliminary action on Thursday and Friday.

Instead of a straight-up standard format per usual with the World of Outlaws, these preliminary nights include an eight-car inversion in Heat Races, a Dash arranged by points not finish, and automatic Feature bids to Heat winners, among other differences.

More importantly, drivers will be competing for valuable points every single time they hit the racing surface. Qualifying, Heat Races, and the Features all offer up crucial points which will carry over to Saturday’s finale.

A time-trial like battle, the King of the Hill puts four cars on the track with the fastest two times moving on. The four Qualifier winners will face each other first, then the top-two face 3rd & 4th in points, then the fastest two move on to face 1st & 2nd in points. The third and final round is a battle for the pole position of the $50,000-to-win Feature.

The fully detailed format, including the point table, can be found below…

KING OF THE HILL:

*First non-transfer in C-Main receives three less points than last in LCS, then three-point drop-off to the end.
*Ties in pointed are broken by 1) higher AVG Feature finish; 2) Higher AVG Qualifying spot
*Any driver/car using a Feature provisional will receive points for position finished in C-Main or LCS

ONE HECK OF A PRESENT: Heckenast takes night one at Jackson Motorplex