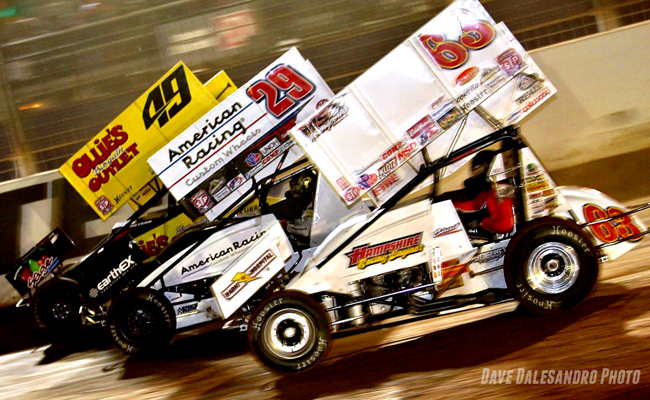 World Racing Group and the World of Outlaws STP Sprint Car Series (WoO), working in conjunction with other 410 sprint car sanctioning bodies, 410 tracks and promoters, part manufactures, suppliers and other entities involved in the 410 industry, have developed and adopted three significant rule changes for the 2014 racing season. Much time, effort and research has gone into this endeavor. We encourage all 410 governing bodies to incorporate these rules. Please review the provided Rules Bulletin closely and feel free to contact me or WoO Technical Director Mike Hess with any questions or concerns. These rules and products were released at PRI. Listed below are answers to some of the most frequently asked questions we received at the show:

1. The seat rule is mandatory and becomes effective Feb. 1, 2014. Any race car being presented for WoO competition must be equipped with one of the listed seats. There are no exceptions. Race cars not properly equipped will not be allowed to compete. The approved seat list may expand as new products are developed.

2. The front axle tether rule is mandatory and becomes effective April 1, 2014. Both the right and left side of the axle must be tethered. At this time the listed Butlerbuilt system is the only approved system. It is anticipated that other products will be approved as they are developed. Cars not properly equipped by April 1, 2014 will not be allowed to compete.

3. The torsion arm stop rule is mandatory and takes effect Feb 1, 2014. It is anticipated that other products will be approved for competition as long as they are similar in construction and quality to those listed. Approval will not be unrealistically withheld.

Again, for the betterment of the 410 industry, we ask everyone’s cooperation in adopting and implementing these rules.