Event Description
2021’s Dairyland Showdown at Mississippi Thunder Speedway was an instant fan-favorite, and it’s even bigger in 2022. One more night has been added, making it a three-day show. Thirty-thousand dollars is on the line for the final night of action on May 7. Chris Madden and Brandon Sheppard each won a Feature at the Fountain City, WI track in 2021.

Stadium Seating
Bring your own lawn chair to better enjoy the cement grandstands!

Bobby Pierce had one worry before Thursday night’s World of Outlaws CASE Construction Equipment Late Model Series Feature. He feared his pole position might not be the best place to start at Mississippi Thunder Speedway.

The Oakwood, IL driver silenced his doubts, leading every lap en route to a $10,000 payday on night one of the Dairyland Showdown.

On the initial green flag, Pierce drove away from the field and remained unchallenged until a Lap 21 restart—when Stormy Scott rolled under the “Smooth Operator,” inching closer to the top spot.

The defending DIRTcar Summer Nationals champion held the Las Cruces, NM driver at bay until another caution slowed the field, forcing Pierce to switch to the bottom. His strategy paid off on the restart, pulling away for his third career World of Outlaws win.

Pierce stated that starting on the pole almost kept him out of Victory Lane, not knowing where the best line was.

“Starting first is sometimes not the best,” Pierce said. “It almost got us there because [Stormy Scott] started to show me the bottom, and I really didn’t feel great down there. I saw Stormy show his nose, and I was like, well, I guess I better block, but the top was still pretty good.

“When I moved down, I actually started pulling away from him, I guess, so all in all, it was pretty good I moved down.”

Even though he worried about starting on the pole, the Illinois driver felt his Pierce Platinum was good no matter where he ran.

“The car was pretty maneuverable to be able to run [the bottom], middle, and top,” Pierce said. “We kind of just chased the track around, it was kind of ever-changing, and at the very end, the top felt good again.

“I felt like if I started mid-pack, I could’ve made some moves around everything, so good track and a picture-perfect day.”

Despite finishing second, Scott was thrilled about his run. But the New Mexico driver felt the last restart kept him out of Victory Lane.

“We were really good, and then his dad moved him down [to the bottom],” Scott said. “When he moved him down, he kind of started getting low and scraping the dirt with his nose and kind of dirtied it up down there, and we weren’t quite as good after that.

“We couldn’t be happier; we’re working really hard. Things were down for a while, and now everything’s up.”

2018 Series Champion Mike Marlar crossed the line third—his second World of Outlaws top-three finish of the season. The Winfield, TN driver dropped back a few spots before moving back onto the podium.

“I was really racing hard there, and I aero pushed down in [Turn 3] and lost some spots,” Marlar said. “I finally just scraped around and got them back, but I was a third-place car and not a winning car, so I got back right about where I should’ve been.”

Cade Dillard finished fourth, his first top-five of 2022 with the Series. The “Thriller” thought his car was equal to the leaders toward the end.

“We had a really good car,” Dillard said. “I feel like for once; finally, some restarts fell our way. I feel like we had a very good car there at the end after looking at times with us compared to the leaders.”

2021 Rookie of the Year Tyler Bruening rounded out the top five—his second of the season. At the end of the race, a flat right-rear tire kept him from finishing higher.

“I got into the outside wall on the front stretch after one of the restarts, and I don’t know if the tire was going down before that or after that,” Bruening said. “I could feel it start to lay in the right rear a little too much, and a couple of guys got by me.”

UP NEXT: The World of Outlaws CASE Late Models return to Mississippi Thunder Speedway for night two of the Dairyland Showdown.If you can’t make it to the track, watch all the action live on DIRTVision – either online on with the DIRTVision App. 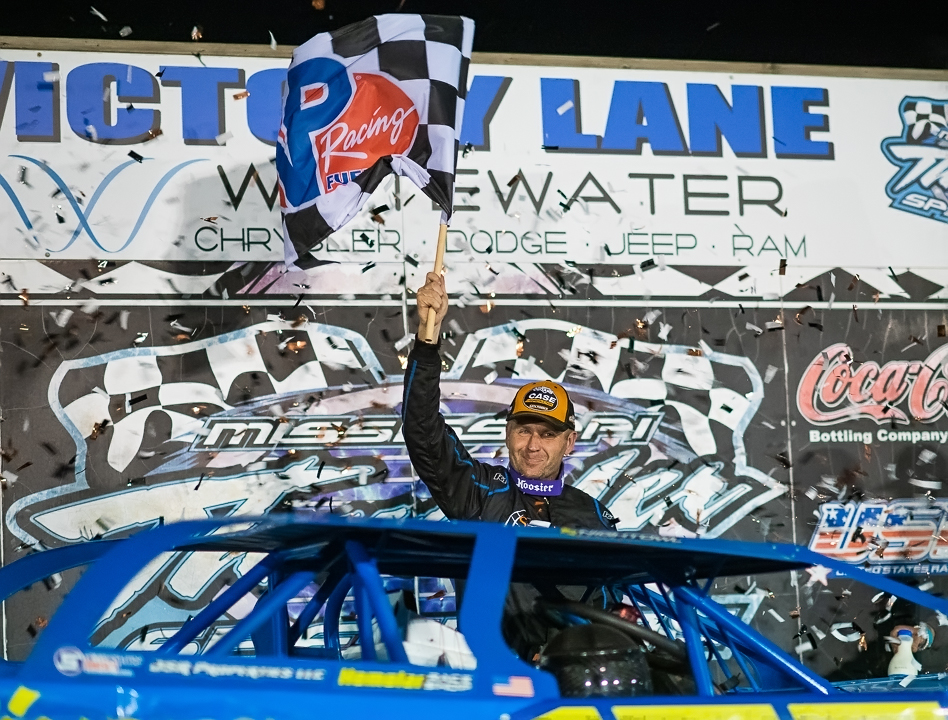 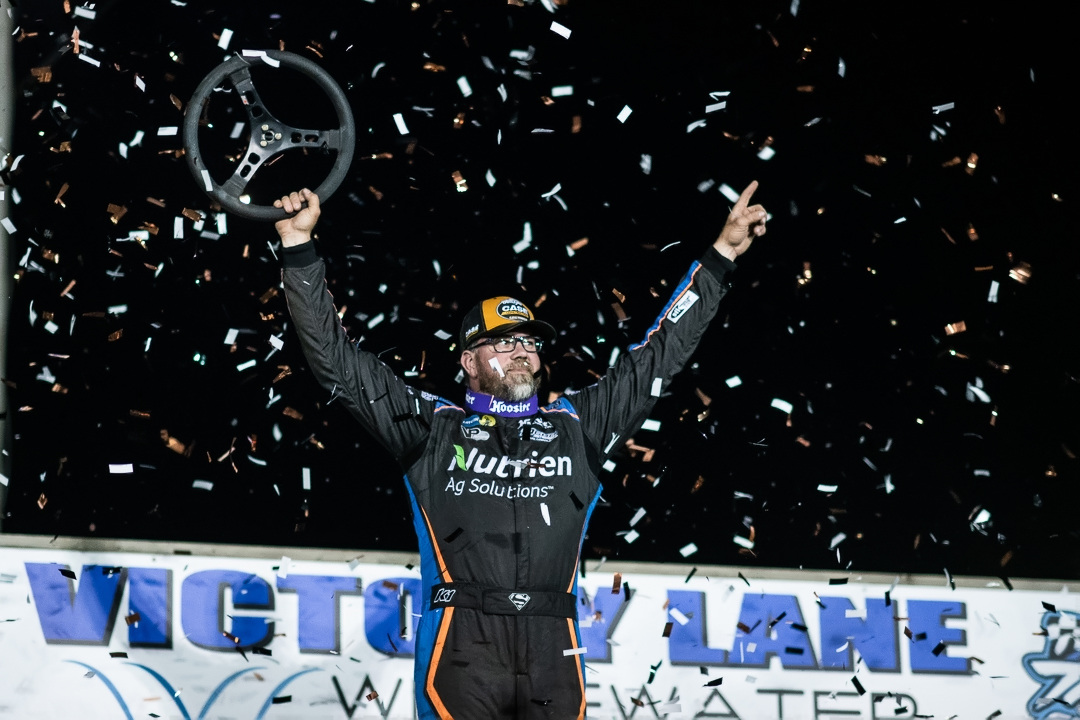 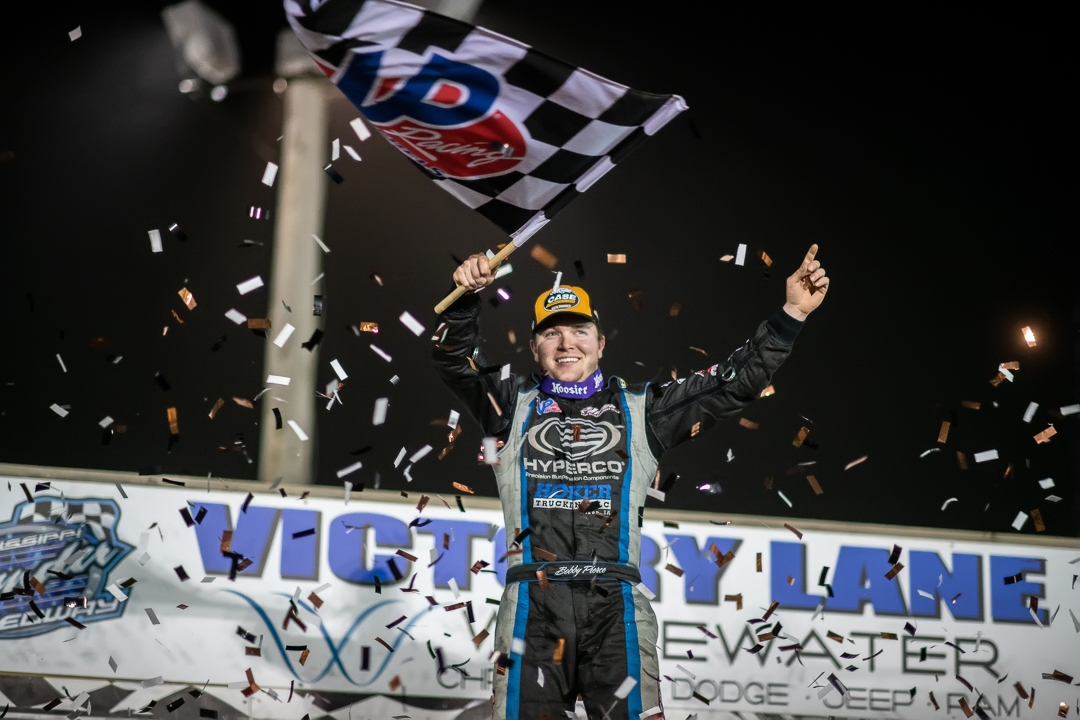 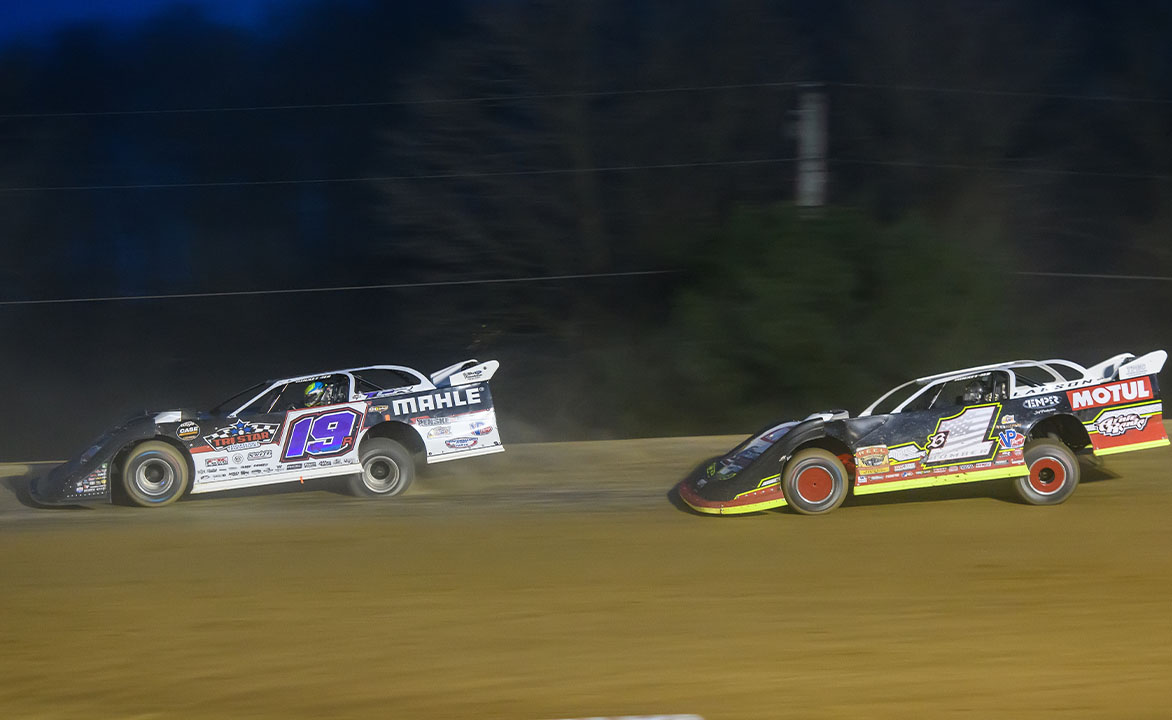 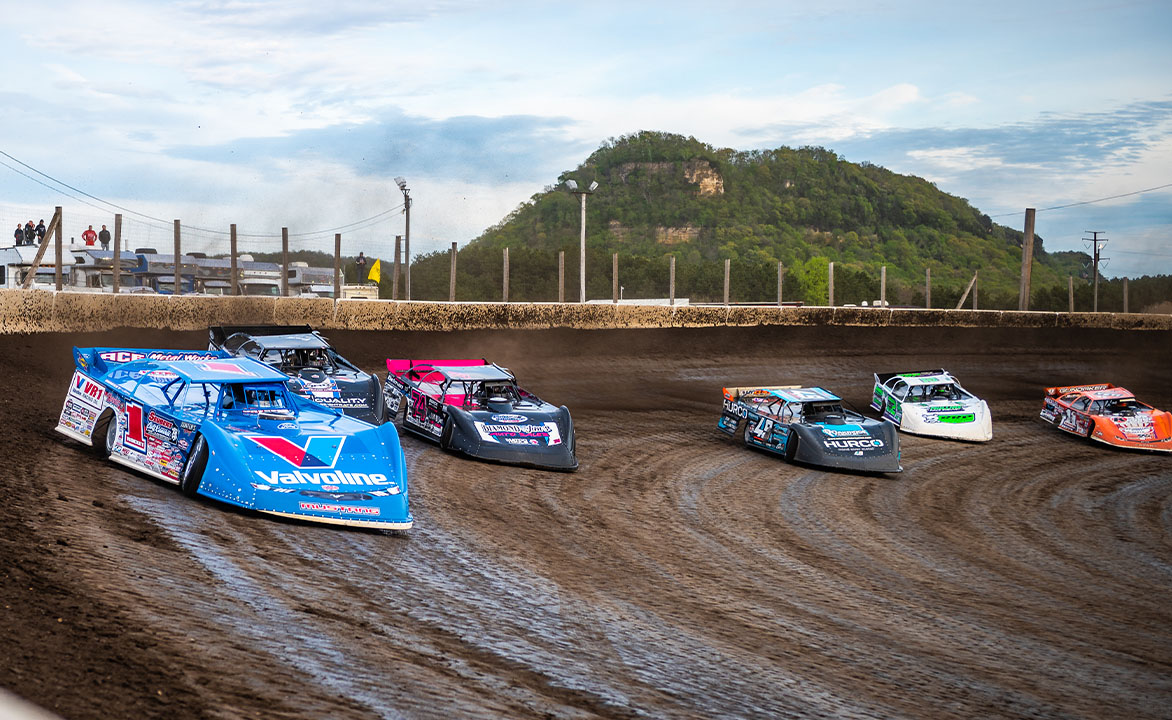 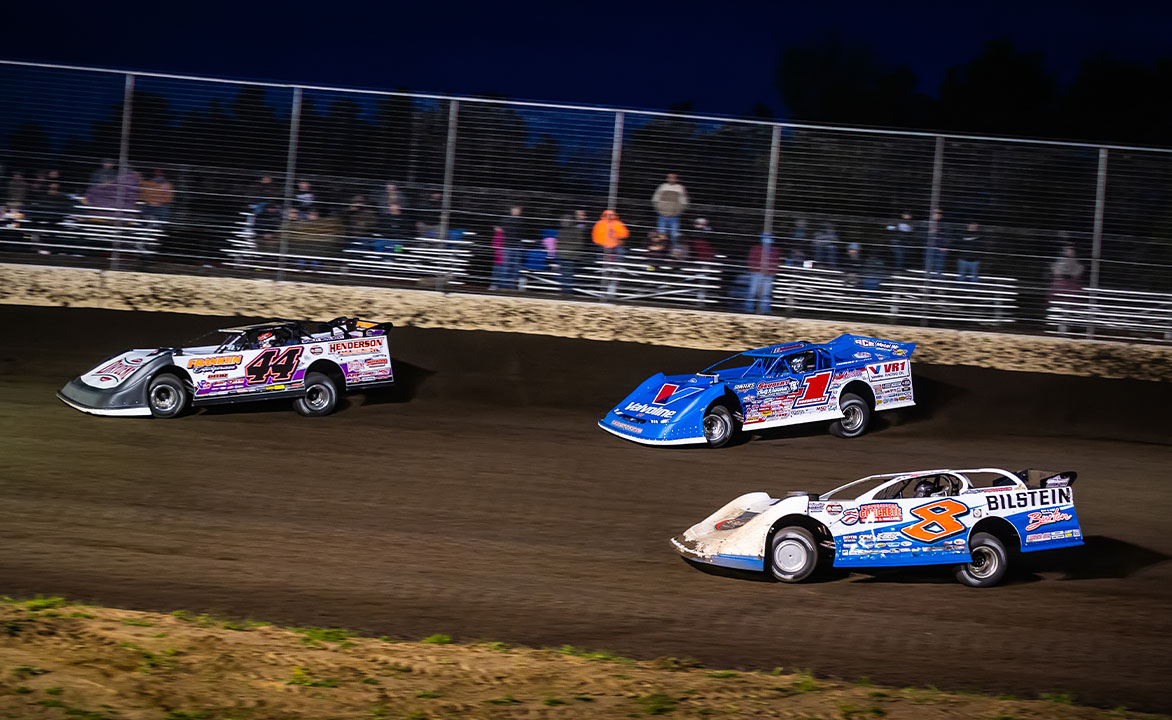 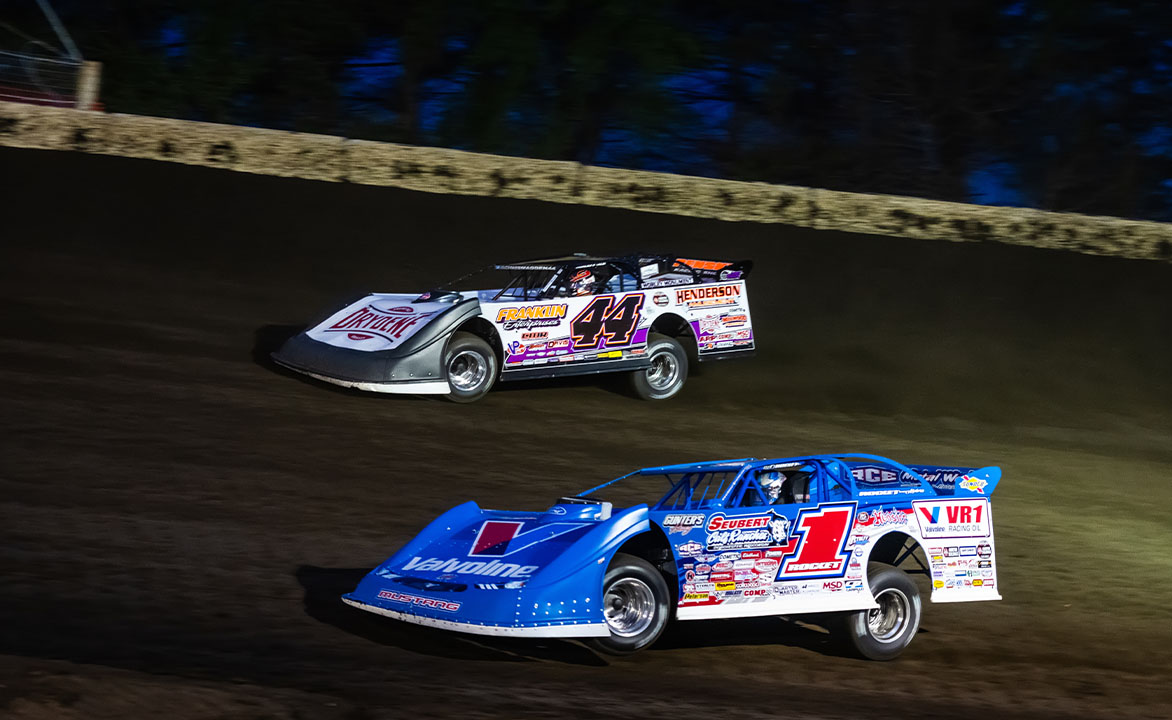 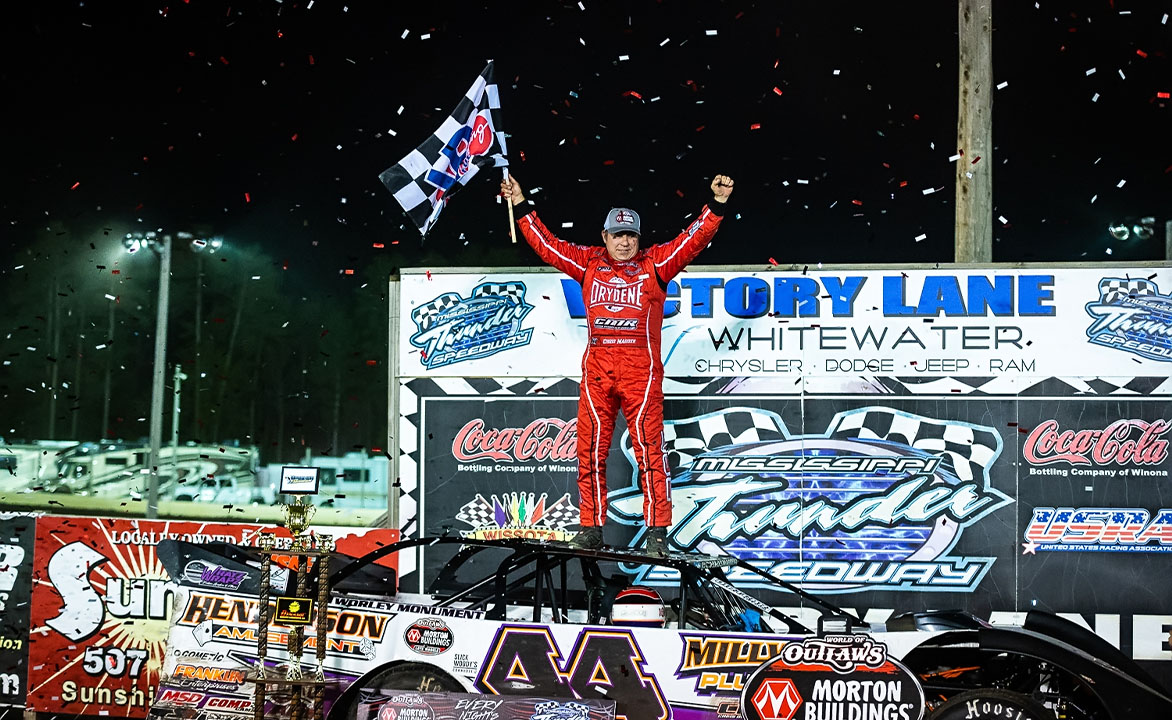