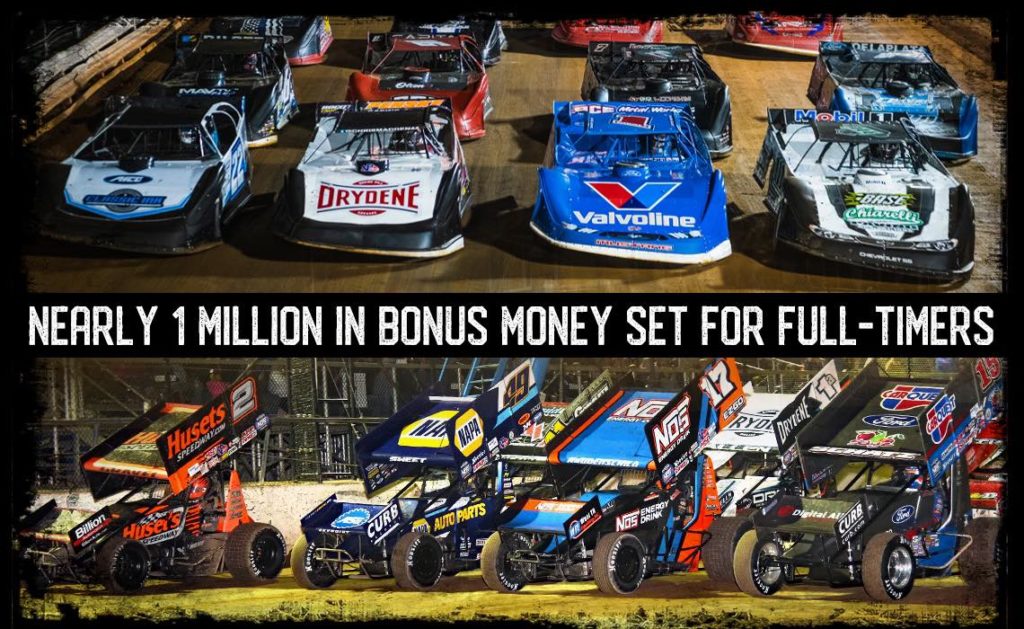 World of Outlaws NOS Energy Drink Sprint Car Series and World of Outlaws Late Model Series teams are set to benefit from the biggest paydays in the history of both series with the addition of a nearly million-dollar payout bonus in 2022.

The top 12 highest finishing full-time drivers in every 2022 Feature event, for both series, will receive a bonus in addition to the already posted prize money and year-end points funds. All full-time teams will be eligible for the bonus, which will be paid monthly in exchange for increased fan interaction and promotion of each series.

“We have the greatest fans in the world, and I couldn’t be more excited to present this bonus for full-time teams to ensure our loyal fans see the best drivers and teams in the world every race,” said World of Outlaws CEO Brian Carter. “Their dedication in both series has truly made the World of Outlaws Sprint Cars and Late Models The Greatest Shows on Dirt.”