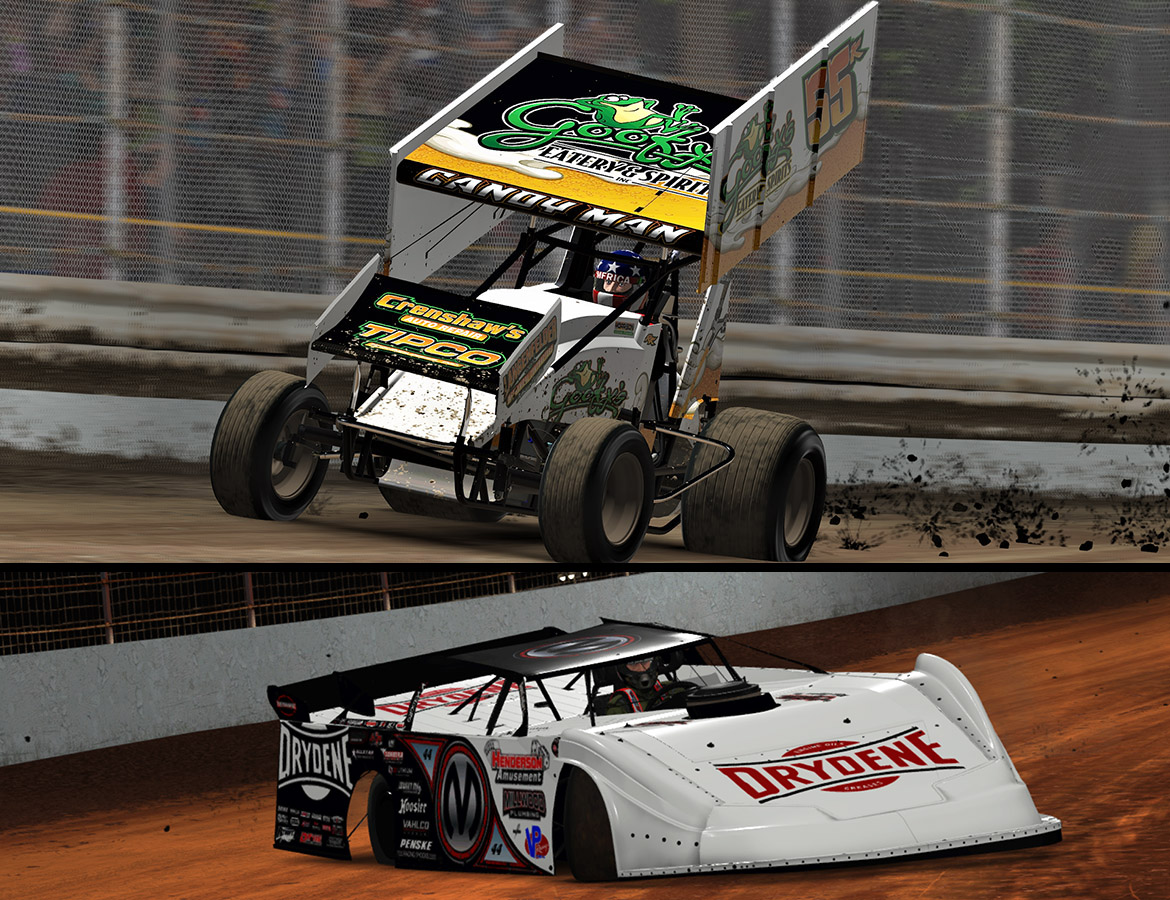 After the breakthrough success of the Inaugural World of Outlaws NOS Energy Drink iRacing Invitational that captivated legions of dirt track fans across the country, the World of Outlaws Invitationals are back.  The cars and stars will take to the virtual dirt again on Sunday, March 29, at 7 p.m. (ET) and Monday, March 30, at 7 p.m. (ET), with both nights of action at the The Dirt Track at Charlotte.

Sunday’s Sprint Car event and Monday’s Late Model event will each be aired lived on DIRTVision.com at 7 p.m. (ET).  Both broadcasts are included with your DIRTVision FastPass subscription at no extra charge, or available on a pay-per-view basis for just $9.99.  Follow @dirtvision and @iracing on Twitter for the latest news and action.

Oh… we almost forgot, there’s that other really big thing, too… Stay tuned.