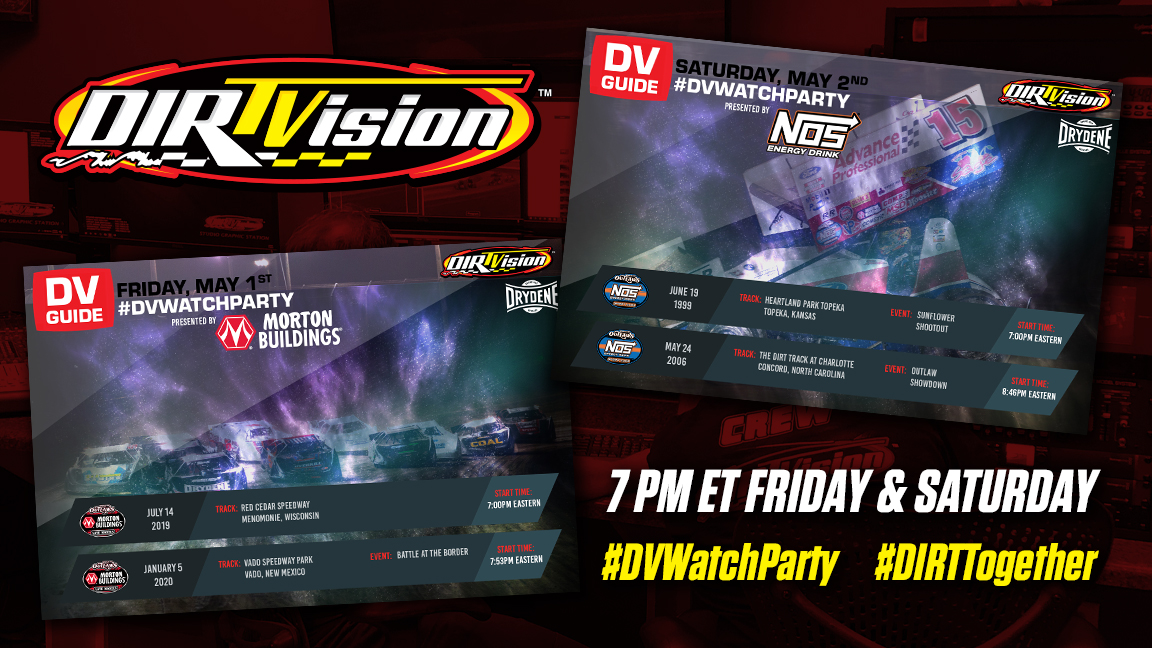 The World of Outlaws NOS Energy Drink Sprint Car Watch Party throws back to 1999 at Heartland Park Topeka, where a dirt track was built around the drag strip. 2001 champ Danny Lasoski and two-time NHRA Funny Car titlist Ron Capps discuss what went into that race. Then, four-time Chili Bowl winner Kevin Swindell and current Promoter of the Year Roger Slack recall the 2006 World of Outlaws event at The Dirt Track at Charlotte, where Swindell became the youngest winner in Series history at the track where Slack played an intricate part of its development.

Tune into DIRTVision at 7 pm on Friday and Saturday to watch the races and then hear from the key players in each event.