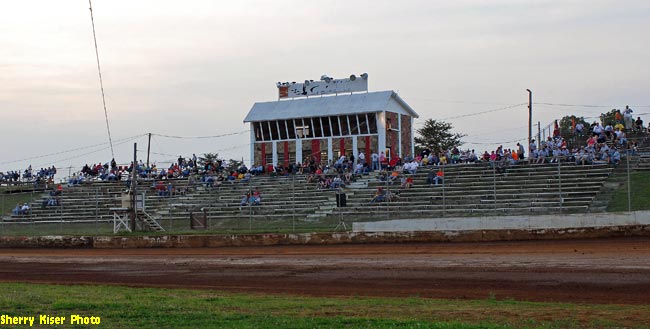 CONCORD, NC – Feb. 6, 2012 – The World of Outlaws Late Model Series will end a five-year absence from the racing calendar at North Alabama Speedway on Fri., April 27, series and track officials have announced.

The addition of the $10,000-to-win, 50-lap event at the one-third-mile oval near Tuscumbia, Ala., sets up a springtime southern doubleheader for the WoO LMS. The national tour will visit the high-banked Tazewell (Tenn.) Speedway on Sat., April 28.

The WoO LMS last appeared at North Alabama on March 25, 2007. Earl Pearson Jr. of Jacksonville, Fla., was victorious in a 40-lap A-Main.

“This is going to be the biggest race we’ve ever had here at North Alabama Speedway,” said track owner/promoter Jeff Greer, who will operate the facility on a specials-only slate in 2012. “We’re really looking forward to bringing the World of Outlaws Late Model Series back and giving our fans a huge early-season show.”

More information on North Alabama Speedway can be obtained by logging on to www.northalabamaspeedway.com or calling 256-381-5051 (track) or 256-247-0055 (owner/promoter Jeff Greer).