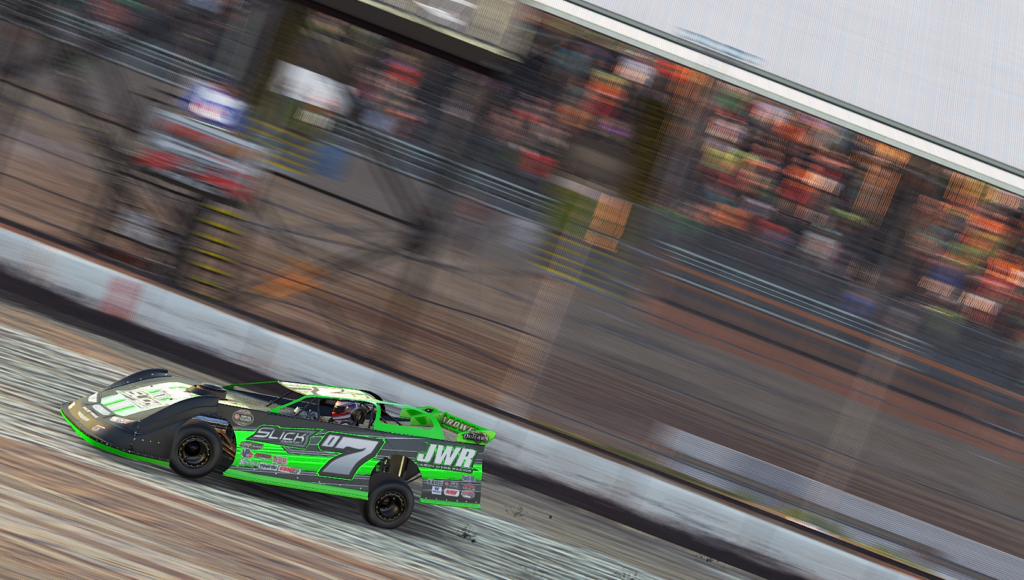 Just one race remains in the chase for the 2020 iRacing World of Outlaws Morton Buildings Late Model World Championship, and tonight’s showdown at The Dirt Track at Charlotte Motor Speedway just might come down to a winner-take-all scenario.

47 points separate first and last place in the series’ 50-lap feature races, but just 28 separate drivers Hayden Cardwell, Dylan Wilson, Kendal Tucker, and Devon Morgan from one another coming into the finale. Cardwell is the only multiple race winner of the group with three trophies to his name, but consistency has been Wilson’s hallmark, and clutch performances by Tucker two weeks ago at Knoxville Raceway and Morgan last week at Williams Grove Speedway have kept them in the hunt. Truly bad races for any of them have been few and far between, with even Cardwell’s last chance qualifier appearances usually resulting in top-10 performances.

They take that battle into Charlotte, home to the real-world World of Outlaws World Finals and the third straight half-mile oval to close out this year’s virtual schedule. If last week’s show at Williams Grove was any indication, where the top five drivers in points locked out the first five spots on the starting grid, there’s an excellent chance that all four drivers end up winning their heats and starting in the top four of the feature tonight. So, assuming that happens and the gaps between them stay the same, here’s how each driver can punch their ticket to the $10,000 grand prize with a main event win:

Keep in mind that these gaps can translate to lower finishing spots as well. For example, if Tucker finishes fifth, but beats both Wilson and Cardwell by eight or more spots, and Morgan only beats him by one position, then Tucker is the champion. But, barring a massive and unexpected points swing in the heat rounds, top-eight finishes for both Cardwell and Wilson mean that the better-placed driver among them walks away as champion tonight.

Still, if you’re looking for a mathematical longshot, go for the gusto: if both Cardwell and Wilson miss the feature, Evan Seay is back in play for the championship as well. Seay, who enters the night fifth in points, is more than 47 points back of either of those drivers, and is eliminated the second that one of them makes it to the main event. But if not, his path to the title is similar—go for the win, and hope Tucker and Morgan either take on damage, or just don’t have the pace to crack the top 10.