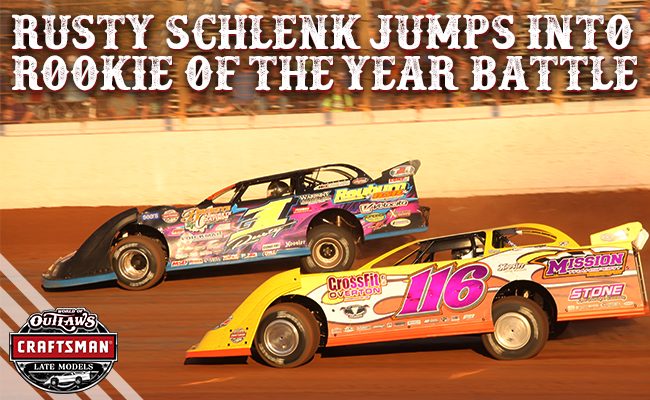 Rusty Schlenk Racing (RSR) would like to formally announce that Rusty will be running for the World of Outlaws Craftsman Late Model Series “Rookie of the Year” for 2018. The dotted line on the contract has been signed and the throttle foot is ready to stomp. The two time, and current, DIRTcar National Champion has been wanting to run a national touring series for a few years now and the stars have finally aligned to make that happen. Rusty will be piloting the CJ1 Rayburn by RSR owned by Tyler Bork. The two have had great success as a team since joining up in 2017 and look to continue down that path.

RSR will be kicking off the 2018 campaign on February 9th and 10th at the Screven Motorsports Complex in Sylvania, Georgia for the Winter Freeze VII. Next on the schedule will be the Dirtcar Nationals at Volusia Speedway Park in Barberville, Florida February 14th through the 18th. Rusty will compete in a handful of dates at the nearly 50 year old “Worlds Fastest Half Mile” dirt oval. More scheduled dates TBA.