PIT STOP: Reflections on Life as an Outlaw – Edition 2 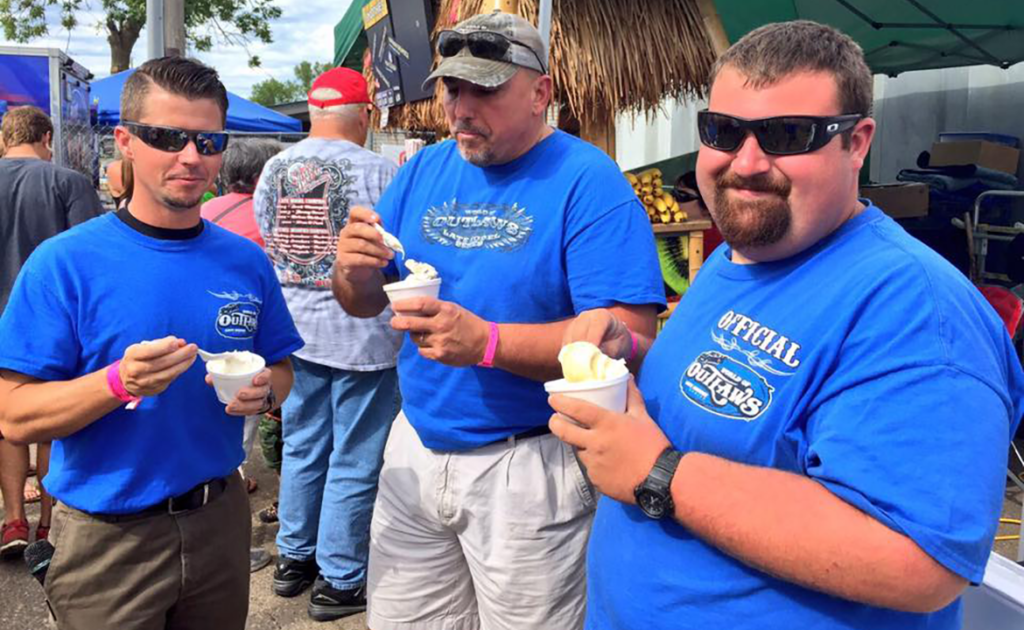 Greetings fellow gearheads. Today I return with my second edition of “Pit Stop: Reflections on Life as an Outlaw.” If you missed the first edition, you can check it out by visiting: https://worldofoutlaws.com/latemodels/pit-stop-reflections-on-life-as-an-outlaw-edition-1/

We had a lot of fun on the road, and we were always looking for new and creative competitions to pass the time. One of the all-time greatest was no doubt the 2015 weight-loss competition that was concocted by Tim Christman.

Tipping The Scales
On May 24, 2015 I was sitting in the tower at West Virginia’s Tyler County Speedway when I was summoned to the command center.

Qualifying had just concluded, and Christman keyed me on the radio, and said, “Hey Ben if you got a few minutes come to the trailer. Need you for something.”

Honestly, I assumed that I had screwed something up, but luckily this time that wasn’t the case.

As I walked into the trailer, the whole crew was standing there grinning. Christman looked at me and said, “Here’s the deal. Tyler (Bachman) is getting married at the end of the year, and he said he wants to lose some weight before his wedding. So, I thought we’d all work together to support him with a weight-loss competition.”

Initially, I thought I was being hoodwinked with another group prank, but as I looked at Tyler, he confirmed Christman’s statement.

The first stipulation required us to weigh ourselves immediately on one of the Intercomp scales in the trailer. For the second stipulation, we were slated for our next weigh-in on June 18 at the next series’ event at New York’s Fonda Speedway. Whoever lost the most percentage body weight would win $50 from each of the other staff members.

Myself, tipping the scales at 160 pounds, and Joshua Joiner at a mere 140 pounds both felt like we might be at a bigger disadvantage than some of our bigger-boned brethren. However, for the greater good of supporting Tyler, we were all in on the competition.

The final stipulation in the contest included a final weight check, when we arrived at the annual World Finals in November. We all agreed to lose at least 5% of our initial body weight during the five-month competition. Anyone, who didn’t meet the minimum requirement, owed the person who lost the biggest weight percentage $100.

With the stage set, let’s first recap the happenings on June 18. Because I’m ultra-competitive, I had starved myself for the three weeks leading up to the first weigh-in. Upon arriving at the track that day, I could tell I wasn’t alone. Most of the crew looked much different than they did just a few weeks earlier. 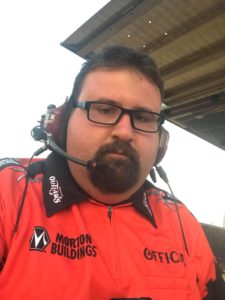 However, there was one staff member, who had clearly decided to not take the program seriously. Who was the prov

erbially Benedict Arnold in the group you might ask. It was none other than, Tyler Bachman, for whom the competition was created.

Walking into the series trailer at Fonda Speedway, he looked at all of us and just grinned. After a few minutes of talking to his hangry brethren, he finally declared, “Guys I’m not bothering weighing in today because I haven’t really been trying.”

Bachman, then dropped the mic on us by revealing, “Last night I actually had steak, baked potatoes, and seafood for dinner…. and it was delicious.”

You could’ve cut the irony with a dull knife.

Looking back, it’s probably a miracle that none of us murdered him on the spot. Some of our crew had not seen a carbohydrate for three weeks in preparation for the weight check-in. However, you had this knucklehead that had enjoyed a feast, just the night prior.

Somehow, someway I lost the biggest percentage of bodyweight with Josh Joiner a close second. While Tyler had mailed it in for the first checkpoint, he promised to have his act together for the November check.

Needless to say, Tyler showed up at Charlotte and missed the mark. In fact, upon arriving at the track, he walked straight up to me and said, “I know you probably lost a bigger percentage than anybody, so I’ll pay you $100 over the next few months.”

Five years later, and I still laugh whenever I think about the weight loss challenge. The whole crew got into great shape, except for the one guy who we were trying to help.

Just another amusing chapter from my time as the voice of the Outlaws.

PIT STOP: Reflections on Life as an Outlaw – Edition 3