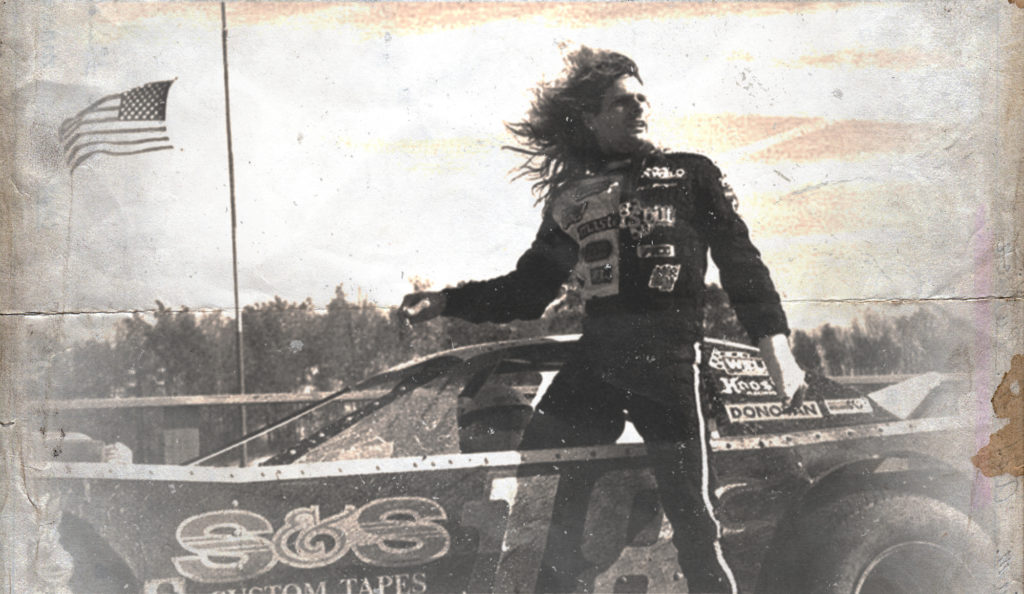 In commemoration of the 20th season for the World of Outlaws Morton Buildings Late Model Series coming in 2021, we’re remembering the past and looking back on the years that led us to today.

Following the inaugural campaign in 1988, The Most Powerful Late Models on the Planet returned for year two in 1989.

A 21-race slate greeted this bunch of original Outlaws with trips to 17 different venues in eight different states.

Billy Moyer Sr. of Batesville, Ark. remained the only champion in series history by following up his 1988 crown with a title chalked full of even more dominance in 1989.

Mr. Smooth guided his Bill Day Tire No. 21 to victory lane in 13 of the 21 events with triumphs at Memphis, Atomic, Impact, Cedar Lake, 34, Marshalltown, Hamilton County, Iowa State Fairgrounds, Nodak, and Moberly. Just like in ’88, Moyer rattled off a series-best five-race win streak over the summer which helped catapult him to 411-point series advantage.

Traveling as far east as Maryland and as far west as North Dakota, the schedule also boasted a pair of speedweek-like runs over summer. A set of six races in eight nights took racers from Ohio to Wisconsin and North Dakota in June, while another five straight nights in Iowa lined up in July.

Donnie Moran, the soon-to-be Million Dollar Man, proved to be the only multi-time winner in ’89 alongside Moyer. The Dresden, Ohio native topped stops at Cedar Lake and Missouri State Fairgrounds in a busy August.

Also emerging on the scene in ’89 was a fresh face with flowing hair and a unique name; Bloomquist. Scott Bloomquist, to be exact. At 25-years old, the Fort Dodge, Iowa born racer roared onto tour with his No. 18 machine. Winning his first career feature on June 9, 1989 at Superior (Wisc.) Speedway, Black Sunshine officially kickstarted what would soon be a legendary career with the World of Outlaws Late Models.

Moyer was the undisputed champion, while a pair of eventual National Dirt Late Model Hall of Fame inductees gave chase to him in the point standings. Steve Francis of Ashland, Ky. and Willy Kraft of Lakefield, Minn. went without wins in ’89, but their consistency guided them into contention with Moyer.

It was an excellent two-year run under Ted Johnson’s reign, but the series went wayside without a 1990 season planned.

What followed was a 15-year dormancy all through the 90’s and into the new millennium; setting the stage for a full-blown return of epic proportions in 2004. Come back on Monday, November 30 to read up on the 2004 World of Outlaws Late Model Series headlined by the Dirty Dozen!

WHAT TO WATCH FOR: World of Outlaws Late Models Take on the Bristol Bash