Outlaws Rained Out at River Cities 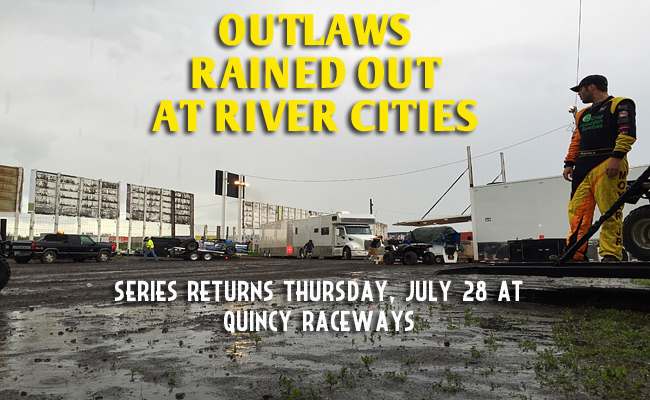 Outlaws Rained Out at River Cities

There will be no makeup date for the program. Twenty-eight cars signed in to deliver fans a shootout to remember on the 3/10-mile oval.  Supporting the Outlaws were the Northern Outlaw Sprint Association Sprints and A-Mod classes.

“We were ready to race and give the fans one heck of a show,” World of Outlaws Craftsman® Late Model Series Director Tim Christman said. “We looked at every option to make it happen, but we ultimately decided it was best to cancel tonight’s program. River Cities is one of my favorite tracks on the schedule. I just wish they could pave the pits.”

The series returns for an action-packed three-day tour through Illinois. On Thursday, July 28, the Outlaws will take each other on at Quincy Raceways. On Friday, July 29 and Saturday, July 30, the series will battle against hometown heroes in the “Prairie Dirt Classic” at Fairbury American Legion Speedway.