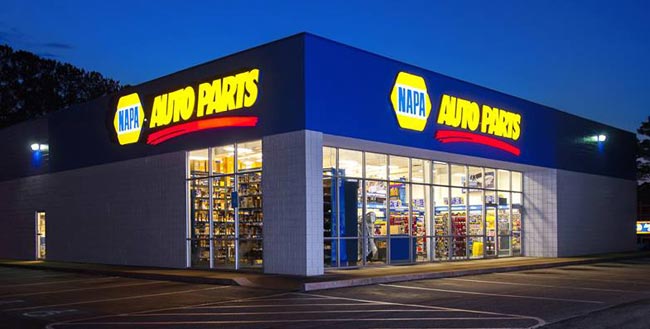 CONCORD, NC – Aug. 12, 2013 – Thanks to NAPA Auto Parts, there’s a sweet money-saving deal on admission available to fans who attend this weekend’s pair of World of Outlaws Late Model Series events in Michigan.

Receipts from purchases made at participating NAPA Auto Parts stores are good for $5 off tickets to the national tour’s racing programs on Fri., Aug. 16, at Winston Speedway in Montague, Mich., and Sat., Aug. 17, at Merritt Speedway in Lake City, Mich., adding a solid incentive for dirt Late Model enthusiasts to do some shopping at NAPA and enjoy one of the biggest motorsports weekends of the year in the Wolverine State.

With NAPA Auto Parts stores conveniently located throughout Michigan, fans have plenty of opportunities to stop in and turn a NAPA purchase into a WoO LMS discount coupon. Fans will get $5 taken off their admission price to the races by simply presenting their NAPA receipt at each track’s ticket window. There is a limit of two discounts per NAPA receipt.

General Admission at both Winston Speedway and Merritt Speedway is $25, so the NAPA offer allows fans to see a full WoO LMS show for just 20 bucks – a bargain price indeed. No event on this year’s World of Outlaws schedule can be seen for less money.

A star-studded field of WoO LMS regulars will compete in the doubleheader, led by points leader and two-time champion Josh Richards of Shinnston, W.Va., the only driver with World of Outlaws victories at both tracks. He won the inaugural event at Winston in 2011 and captured Merritt’s 50-lapper last year.

Former WoO LMS champion Rick Eckert of York, Pa., won last year’s race at Winston while Brady Smith of Solon Springs, Wis., was triumphant in the ’11 affair at Merritt. Eckert is among the World of Outlaws travelers who will return to the two tracks this weekend.

Other WoO LMS followers headed for Winston and Merritt include defending champion Darrell Lanigan of Union, Ky.; Shane Clanton of Zebulon, Ga., who enters the weekend ranked second in the points standings; Tim McCreadie of Watertown, N.Y., who is less than two weeks removed from a $50,000-plus triumph in the USA Nationals at Cedar Lake Speedway in New Richmond, Wis.; Tim Fuller of Watertown, N.Y.; Chub Frank of Bear Lake, Pa.; Bub McCool of Vicksburg, Miss.; Clint Smith of Senoia, Ga.; and World of Outlaws rookies Eric Wells of Hazard, Ky., and Morgan Bagley of Longview, Texas.

More information on this weekend’s WoO LMS events is available by logging on to www.winstonspeedwaymi.com and www.merrittspeedwaymi.com.