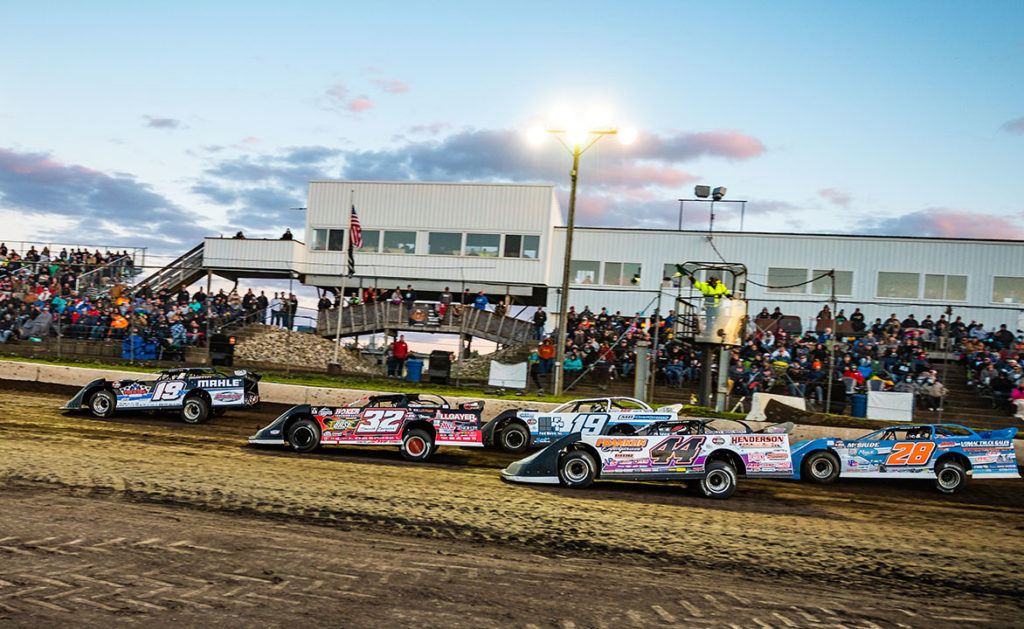 More money than ever will be on the line for World of Outlaws Late Model teams in 2022.

On top of an increased 2022 points fund, a nearly million-dollar bonus program was announced in December for both World of Outlaws series, giving the top-12 full-time Late Model drivers in each Feature extra cash. This money adds to nightly payouts and the year-end points fund.

The bonus will be paid monthly, and all full-time drivers are eligible in exchange for increased fan interaction and promotion of the Series.

Excitement for the new program has spread throughout the field of 2022 competitors, including with four-time Series champion Josh Richards – returning to the Series for the first time since 2017.

“I think it’s great; I’m glad the Outlaws stepped up,” Richards said. “I think with all the races next year, I’ll be anxious to see 365 days from now how everything shook out, but that’s really big because the purses really haven’t changed a lot since I started way back in ’04.

“To see that bonus program and loyalty program help for the Platinum guys is always a big help and being a Series regular and supporting a series helping the drivers and teams out is all we can ask for.”

Since all full-time drivers are eligible for the bonus program, it’s enticing both Series veterans and rookies.

Benton, KY’s Tanner English, stated it’s a big incentive for him to run the tour in 2022.

“When you look at these points deals, the show-up money sounds good and all, but realistically you only get that every time you move,” English said. “If you’re getting a bonus every time you race, that’s big.

“Instead of just getting that show-up money one time for that race at a weekend at Volusia, if we get that bonus money every night and its performance-based, that’s even better.”

One of the incentives with the program is how it helps on the road. Gordy Gundaker, another Rookie of the Year contender, stated how the program will benefit him during the grueling 10-month schedule.

“It’s a huge deal for us just because of the expense that goes into traveling up and down the road,” Gundaker said. “But this being our first year, it just entices us, even more, to get on the road and do the whole thing.”

Second-year World of Outlaws full-time driver Ryan Gustin has already seen the amount of travel the Series will do in 2022 and believes the money helps with the cost of getting the cars on the track.

“Anytime you can have more money coming in is huge,” Gustin said. “These cars are really expensive to run; they’re not cheap.”

The incentives of the new program have drivers ready to push toward the front at every race in 2022. If they can maximize their performance throughout the season, they could cash-in on a record $125,000 payout for winning the championship.

Along with the monthly bonus money, the top-12 drivers in points will see more than a half-million dollars between them—with each position getting at least a $5,000 increase.

That increase shows how valuable each position will be during the 50-plus race season.

The World of Outlaws Late Models kickoff their 2022 season Jan 20-22 at Volusia Speedway Park as part of the Late-Model-Palooza known as Sunshine Nationals.

ON THE GASS: Oklahoma Teenager Noah Gass is a Full-Time Outlaw in 2022