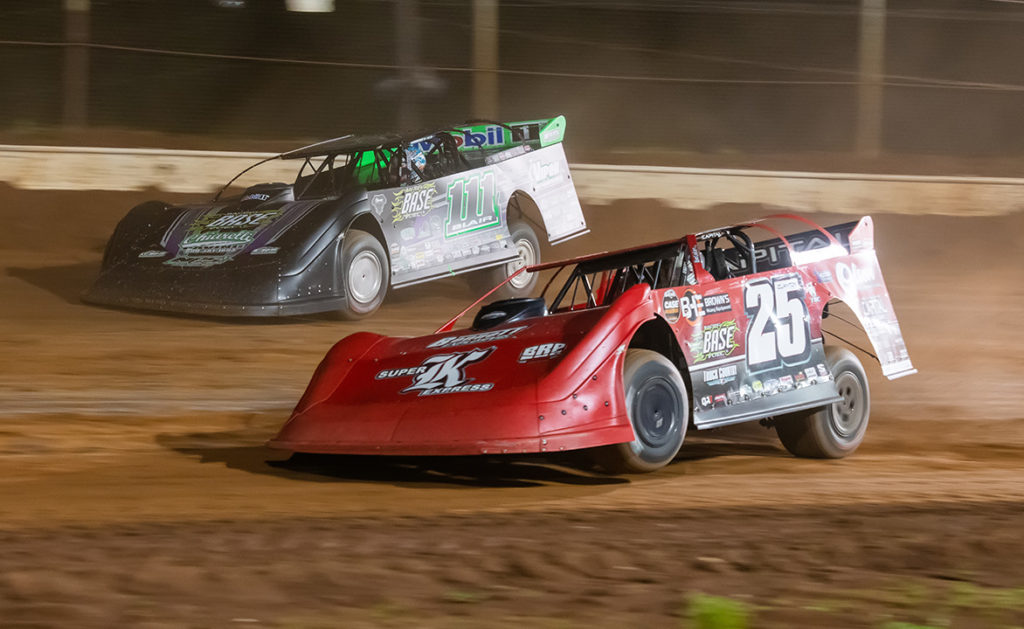 The World of Outlaws make their return to Pennsylvania and Ohio with $30,000 on the line for the weekend

The World of Outlaws CASE Construction Equipment Late Models will venture to western Pennsylvania and eastern Ohio for another key triple header weekend in mid-August.

First, the Series will make its fifth overall trip to the historic Williams Grove Speedway on Friday, Aug. 19. Then it will venture into Ohio for its second visit to Sharon Speedway this year on Saturday, Aug. 20. The Most Powerful Late Models on the Planet will then conclude the triple header weekend with a return to Pennsylvania at Tri-City Raceway Park on Sunday, Aug. 21.

These three races will help build toward the championship finale World Finals at The Dirt Track at Charlotte in November and put a good amount of cash in drivers’ pockets with each race paying $10,000 to win. So, if one driver can win all three, they’ll walk away with $30,000 for the weekend.

Notables: The World of Outlaws CASE Late Models make their first stop at the iconic half-mile speedway in Pennsylvania this year with the stars of the Series taking on the Late Model PA Posse.

Fellow Pennsylvania driver and current leading Rookie of the Year contender Max Blair will be poised for a home state victory. Blair picked up his first Williams Grove win last year with the ULMS series.

Notables: The 3/8-mile Sharon Speedway has produced some of the most exciting racing with the World of Outlaws CASE Late Models in the past few years. Ryan Gustin and Kyle Larson thrilled fans in 2021 with an epic duel to the finish that saw Larson pick up the victory. Then, in May, Gustin got redemption by picking up his first career Series win at Sharon.

Shane Clanton, the 2015 Series champion, finished second to Gustin and will be on the hunt for a spot better in August. He’s been gaining momentum recently, earning his first Series win of the season at River Cities Speedway.

Four-time Series champion and Ohio-driver Josh Richards will also be eager for an Ohio victory as he is on the hunt for his first victory of the season.

Notables: This year will mark the World of Outlaws CASE Late Model Series’ first time back at the half-mile Tri-City Raceway Park in Franklin, PA since 2010. The last time the Series visited the track, three-time Series champion Darrell Lanigan claimed the victory.

Of active Series drivers, Shane Clanton is currently the only one who has seen Victory Lane with the World of Outlaws there. He won in 2006 and 2008. Although, Centerville, PA’s Max Blair has won two non-Series events at the track.

If you can’t make it to the track, you can watch all the action live on DIRTVIsion – either online or by downloading the DIRTVision App.