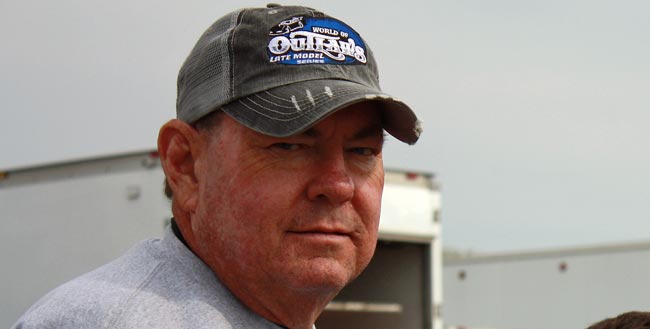 A native of Pensacola, Fla., who lived in Lakeland, Fla., Watson, 51, served as the head technical official for the WoO LMS from the start of the 2009 season until health complications forced him to leave his post shortly after the national tour’s event on May 5 at Swainsboro (Ga.) Raceway.

Watson, who turned 51 on June 16, had a long history as a motorsports official. Before accepting his position with the WoO LMS he worked for NASCAR as an official on the old All-Pro Series, among other capacities, and also handled tech for a variety of tracks, series and events in his region, including his hometown’s Five Flags Speedway, which hosts the famed Snowball Derby.

Most of Watson’s pre-WoO LMS officiating experience was in asphalt racing, but he quickly developed an affinity for the competition and people on the dirt-track side of the sport once he joined the renowned World of Outlaws circuit.

“Terry came to the World of Outlaws Late Model Series from the asphalt world, but after more than three years working with us he had become a huge fan of dirt racing,” said WoO LMS director Tim Christman. “His love of dirt Late Model racing was contagious.”

Christman knew Watson’s mechanical expertise well from working with the Floridian in the early 2000s when Christman operated the then-paved Ocala (Fla.) Speedway (now Bubba Raceway Park) and an open-wheel Modified series that traveled throughout the Sunshine State.

“He loved his job and the sport,” Christman said of Watson. “I knew and worked with him for over a decade and will always remember him as a knowledgeable, hard-working and fair tech official. He poured his heart and soul into the World of Outlaws Late Model Series for the past three years and will be missed by everyone associated with the series.

“All of us with the World of Outlaws and the World Racing Group extend our deepest sympathies on Terry’s passing to his wife Mary, who we all came to know well from her frequent trips to the races with Terry and the assistance she would provide us in the pits and scoring tower, as well as his family and friends.”