• ‘Photobilly 50’ On Sept. 14 At Belle-Clair Added To WoO LMS Schedule 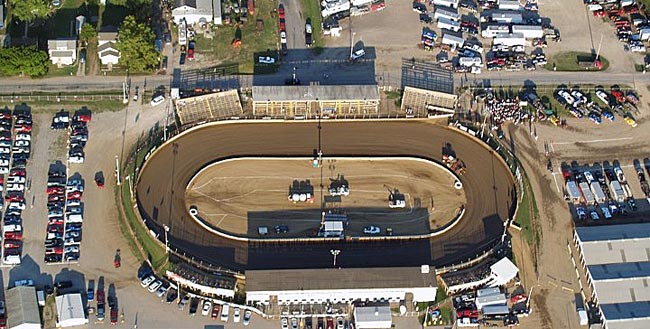 World of Outlaws Late Model Series Adds To 2012 Schedule With ‘Photobilly 50’ On Sept. 14 At Belle-Clair Speedway

BELLEVILLE, IL – Aug. 24, 2012 – The World of Outlaws Late Model Series has added a date on Fri., Sept. 14, at Belle-Clair Speedway, setting up a big weekend doubleheader for fans in the St. Louis area.

A $10,000 top prize from the richest purse in Belle-Clair’s history will be on the line in the inaugural ‘Photobilly 50,’ a race that will be run in honor of late photographer Charles Haffer Jr. A well-known figure in St. Louis racing circles, Haffer – aka ‘Photobilly’ – lost his life on Aug. 7 at the age of 44 in a tragic Iowa highway accident while traveling to a race.

The Belle-Clair event will combine with the Pepsi Nationals on Sat., Sept. 15, at Federated Auto Parts Speedway at I-55 in Pevely, Mo., to form a powerhouse WoO LMS weekend in the Midwest. The two tracks are separated by less than an hour’s drive.

“We’re very excited to announce the addition of the ‘Photobilly 50’ at Belle-Clair Speedway to the 2012 World of Outlaws Late Model Series schedule,” said WoO LMS director Tim Christman. “Not only does the event create a real attractive weekend of racing near St. Louis for fans and teams, it also will be one of the most unique shows in the history of the World of Outlaws Late Model Series. It’s going to be real interesting to see so many of the country’s best dirt Late Model drivers testing their skills on a one-fifth-mile oval that will rank as the smallest bullring the series has ever visited.”

Belle-Clair promoter Donnie Hoener is equally enthused about his fairgrounds track’s World of Outlaws invasion – and honoring the memory of Haffer, who served as the speedway’s official photographer for the last five years, in such a grand manner.

“He was such a great all-around guy,” Hoener said of ‘Photobilly.’ “He always had a smile on his face and was ready to talk to anybody. And he had such a great rapport with all the racers, especially everybody in the Late Models and (UMP) Modifieds.

“We definitely miss him a lot, so when the opportunity to hold a World of Outlaws Late Model Series came up for us, we knew what we had to do: honor him by running the biggest race in the history of Belle-Clair Speedway in his memory. I know for sure that no one would be more excited about the Outlaws coming to Belle-Clair than him.”

The race will also serve to continue Belle-Clair’s growth under Hoener, who is in his second year at the helm of the track.

“We’ve been trying to bring new, exciting races to the track since we started promoting it,” said Hoener, whose most high-profile event so far this season was a DIRTcar Summer Nationals event on June 27 won by Jason Feger of Bloomington, Ill. “Having a World of Outlaws Late Model Series show just tops it all.”

General admission for the Sept. 14 WoO LMS event at Belle-Clair will be $30, with children 12-and-under admitted free of charge. Pit passes will cost $35 for DIRTcar members and $40 for non-members.

Action for the DIRTcar UMP Modifieds ($750 to win) and UMP Sportsman ($400 to win) will also be on the evening’s agenda.

Both the Belle-Clair and Federated Auto Parts Speedway at I-55 WoO LMS events will be contested under the DIRTcar Hoosier tire rule. Three compounds – LM 20, 30 and 40 – will be permitted for use.

More information on the event can be obtained by logging on to www.belleclairspeedway.com.