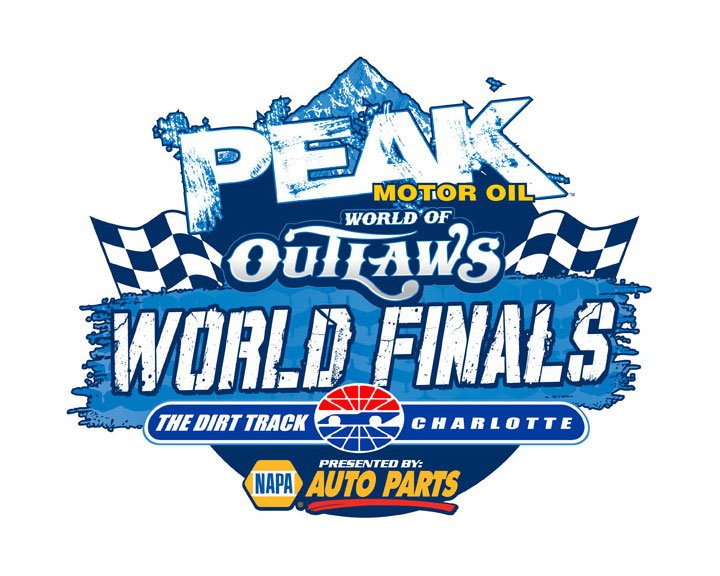 “PEAK is thrilled to be the title sponsor of the World of Outlaws World Finals,” said Bryan Emrich, Old World Industries Chief Marketing Officer, makers of PEAK Antifreeze, Motor Oil and other automotive products. “The brand is a great fit for dirt track fans, and we think they will be excited to watch the championship drivers put our products to the test on the track.”

In only six years, the huge event has captured the excitement of dirt track racing fans around the world. Spectators from 47 states, five Canadian provinces and even Australia, Sweden and the United Kingdom will fill the grandstands at one of the sport’s premier venues. In addition, more than half a million fans will watch it in a four-hour live national television broadcast on SPEED.

“This is a great opportunity for PEAK Motor Oil and Antifreeze to make a big splash with dirt track fans from across the country,” World Racing Group CMO Ben Geisler said. “Our fans take notice when new companies join our sport, and we expect them to give PEAK a warm welcome in Charlotte.”

PEAK has a deep heritage in the world of motorsports, with involvement ranging from NASCAR, NHRA, IndyCar, Supercross, Monster Jam and TORC. PEAK offers a wide array of Antifreeze products that feature patented, advanced technologies allowing for superior protection for all vehicles, both on pavement and off-road.

For more than 50 years, PEAK Motor Oil and parent Old World Industries has been a leader in the development and distribution of automotive products of the highest quality. Old World’s insistence on quality and craftsmanship, and expertise in high technology and marketing, ensure that people around the world know Old World’s products provide the highest level of protection.

A three-day ticket package to the PEAK Motor Oil World of Outlaws World Finals Presented by NAPA Auto Parts is only $69. Tickets can be ordered by calling 1-800-455-FANS or clicking CharlotteMotorSpeedway.com.

Old World Industries, LLC, headquartered outside of Chicago in Northbrook, Ill., was founded more than 30 years ago by Tom Hurvis and Riaz Waraich. Today, Old World Industries conducts business in more than 52 countries around the globe as a symbol of growth and success. Peak Performance Products provides a variety of consumer products for automotive enthusiasts. For more information, please visit www.peakauto.com.

For more information on the event and series click WorldofOutlaws.com or CharlotteMotorSpeedway.com. For more on Peak Motor Oil, click PeakAuto.com.