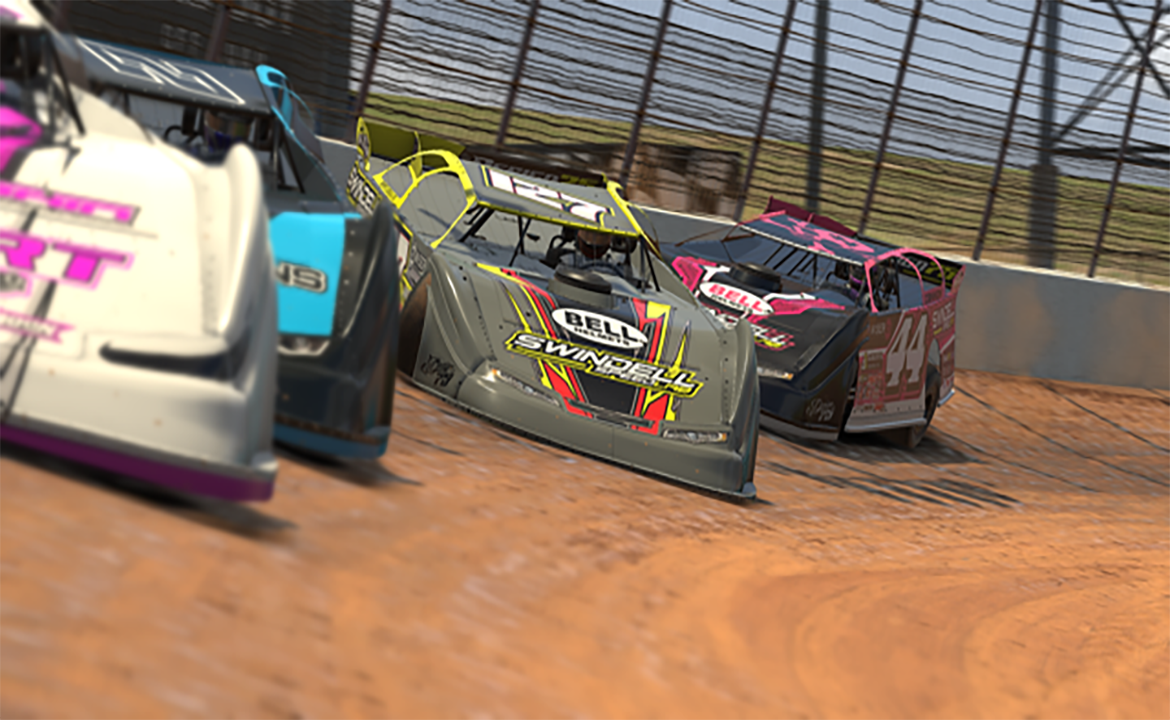 The iRacing World of Outlaws Morton Buildings Late Model World Championship returns to iRacing on Monday night, with the first of 10 races on the schedule coming from Volusia Speedway Park. 35 of the world’s best drivers will compete every week through the summer for their share of a $25,000 prize pool, with the champion taking home $10,000, seat time in a Clint Bowyer Racing car in Charlotte, and top honors at the World of Outlaws end-of-season banquet.

After a hard-fought battle in 2018, Zach Leonhardi took the inaugural series championship over Howard Weaver and will be on hand to defend his title this summer. Leonhardi, who also competes in Dirt Late Model racing in the real world, locked up the top spot with four victories and 10 top fives, leading the series in both categories.

“For me I’d say the most special part is that it was the inaugural series and my first time running for a pro series,” Leonhardi said of the 2018 title. “It was also really cool that it was with the kind of cars I race in real life, which is a testament to the realism of iRacing.”

“It takes hard work and momentum to be up front in the Late Model series,” said Bergeron. “The competition will be fierce this year and everyone has a shot to win a race. Limaland or Knoxville will definitely be the tracks that will provide the best racing of the season in my opinion.”

“The Late Model is a completely different animal to the Sprint Car, and I think the competition is a lot stronger,” added Edens. “It’s going to be tough this year compared to last year, so we’ll see how it goes. It’s going to be a fun year, though!”

As with many other iRacing World Championships, a number of real-world teams will be involved in the Late Model World Championship. Kirwan, who was drafted by Clint Bowyer Racing in eNASCAR, will also compete with CBR in Bowyer’s signature #14 on the dirt. Swindell SpeedLab returns with a number of its Sprint Car drivers, but also has fresh faces like Blake Cannon, who won this year’s practice race, and Blake Matjoulis on the roster.

“We just picked up a few new guys on the Late Model side, and they definitely know what they’re doing,” said Adam Elby, who runs for Swindell SpeedLab in both World of Outlaws series. “I think it’ll be some really good racing as long as everyone respects each other, and if we can get some green flag laps going, I think with 35 of the best Late Model racers in the business, there’s no reason we can’t have races as good as the Sprint Car races were.”

The first stream of the season kicks off on Monday from Volusia Speedway Park at 8:45PM ET/5:45PM PT. Races can be streamed on the iRacing Facebook, YouTube, and Twitch channels.

The full schedule for the 2019 iRacing World of Outlaws Morton Buildings Late Model World Championship is as follows:

The full driver roster for the 2019 iRacing World of Outlaws Morton Buildings Late Model World Championship is as follows: