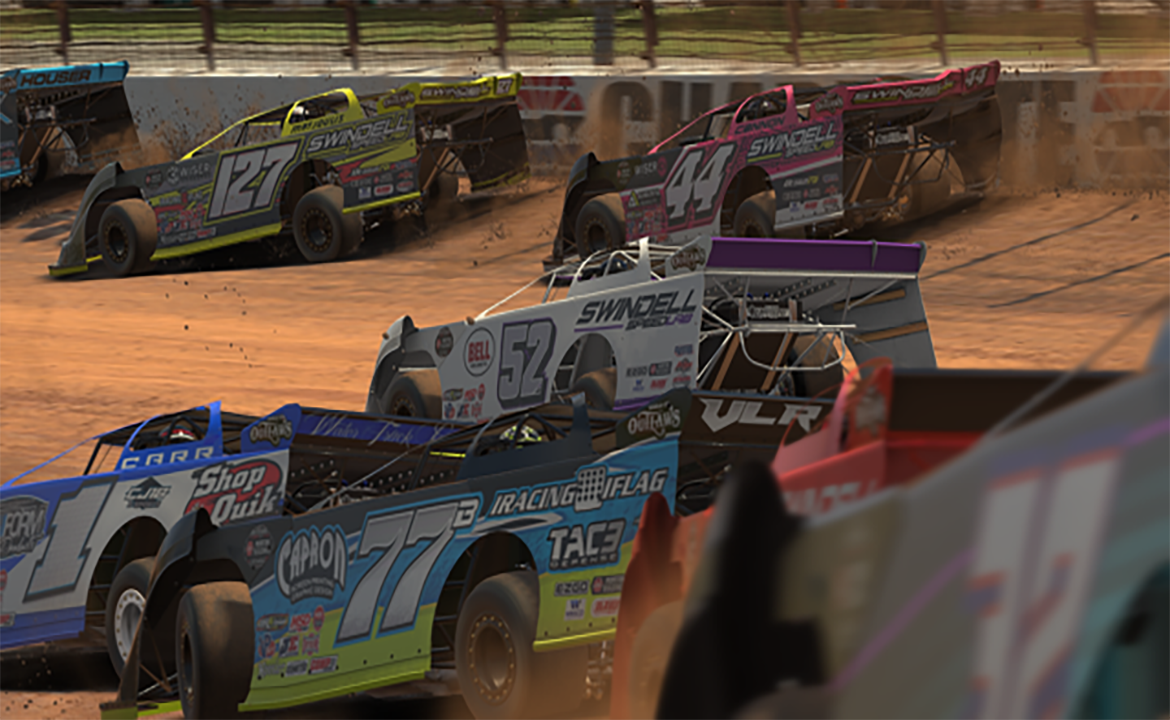 BEDFORD, MA – June 18, 2019 – iRacing and the World of Outlaws are pleased to announce the return of the iRacing World of Outlaws Morton Buildings Late Model World Championship for the 2019 season, beginning on Monday, June 24 with a round at Volusia Speedway Park. The 10-race championship will see the world’s top dirt oval drivers battle for their share of a $25,000 purse, as well as the opportunity to drive a real-world Late Model with Clint Bowyer Racing at The Dirt Track at Charlotte Motor Speedway this fall.

“It’s exciting to see a parallel of the real-world Series playing out online,” said World of Outlaws Morton Buildings Late Model Series Director Casey Shuman. “The iRacing simulation provides a great way to build and hone skills — and introduce new people to our sport, both as drivers and as fans. Having grown up going to race tracks across the country, I encourage all the iRacing Championship competitors to come on out to one of our shows and take in the sights, sounds and smells.”

The second edition of the championship will feature many of iRacing’s top dirt oval racers, including defending champion Zach Leonhardi, who took home $5,300 between end-of-season and weekly winnings in 2018. Much like last year, the champion will earn a trophy and recognition at the real-world World of Outlaws banquet, as well as seat time in one of Bowyer’s cars, but their share of the end-of-season prize pool expands to $10,000.

“I can’t wait to see who earns this year’s iRacing Late Model World Championship,” said Clint Bowyer, owner of Clint Bowyer Racing. “It was awesome to be at track with Zach last year in Charlotte, and it’ll be exciting to see if CBR driver Casey Kirwan can take the top spot away. iRacing’s dirt racing is so realistic, and the competition level is so high, that it’s hard not to be glued to the action every week!”

The iRacing World of Outlaws Morton Buildings Late Model World Championship is the second of two championship series put on by iRacing and the World of Outlaws. In the NOS Energy Sprint Car World Championship, which wrapped up in May, Alex Bergeron ended the season with a combined $12,100 in end-of-season and weekly winnings, and will join the Late Model champion in Charlotte this fall as he completes a sprint car test with Christopher Bell. Bergeron, who was third in last year’s Late Model points as well, is one of a number of drivers who are expected to run both series in 2019.

Each event will be aired live via the iRacing eSports Network on Facebook, Twitch, and YouTube, with special races aired on DIRTVision. Each stream begins at 9PM ET/6PM PT.