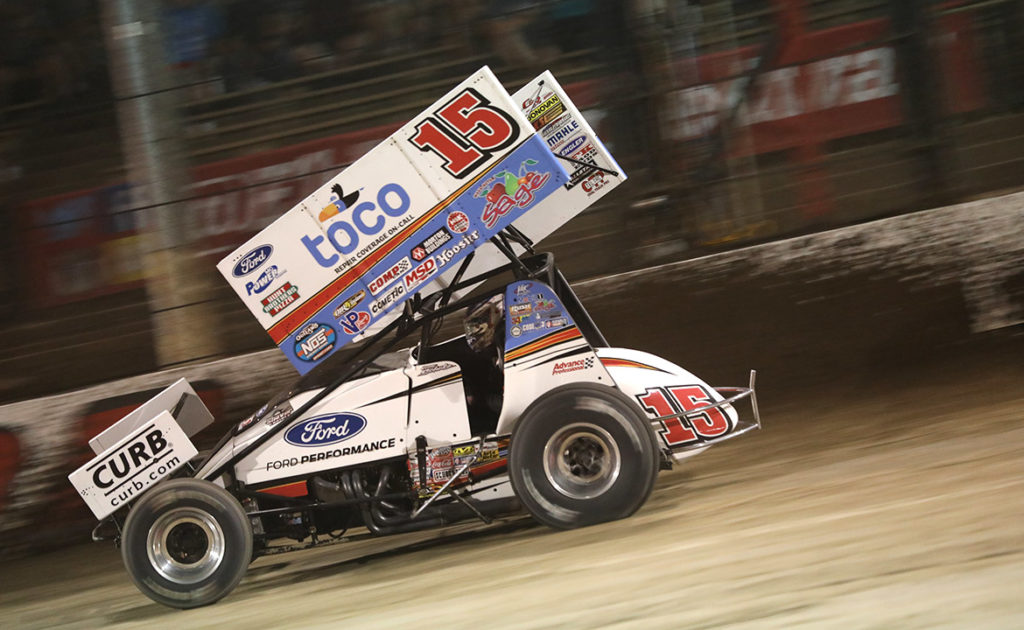 The late Jason Johnson was victorious in the World of Outlaws return to Red River Valley Speedway in 2017. In that race, Johnson, who won the Knoxville Nationals that same year, held off a hard-charging Kerry Madsen and Schatz for the win.

Brad Sweet currently leads the World of Outlaws NOS Energy Drink Sprint Car Series standings by a mere two points over Schatz. Sweet has a series-best 12 wins to go along with 32 top-five finishes. Schatz is second on the strength of seven wins, along with a series-leading 42 top-10 finishes.

David Gravel, who has five wins this season, including most recently in the Don Martin Memorial Silver Cup at Lernerville Speedway in Pennsylvania, is third in the standings. Daryn Pittman, the 2013 series champion, who has two wins, is fourth in points. Logan Schuchart is fifth in points, on the strength of four victories.

Shane Stewart, who claimed the $25,000 win in Nashville earlier this season, is sixth in points. Carson Macedo, the leading contender for the Kevin Gobrecht Rookie of the Year Award, is seventh in points. The Californian has won twice this season. Ian Madsen, who had a win in California in the spring, is eighth in the standings, while Sheldon Haudenschild, who recently won the $20,000 Ironman 55, is ninth in points. Brent Marks rounds out the current top-10. Also on the road again this season are Kraig Kinser, Jacob Allen and Jason Sides.

Tickets for the Gerdau Duel in the Dakotas, featuring the World of Outlaws NOS Energy Drink Sprint Car Series and NLRA Late Models at Red River Valley Speedway in West Fargo, N.D., on Saturday, August 17 can be purchased in advance online https://slspromotions.ticketforce.com or by calling 815-344-2023 and at the track on race day.

Save $5 on General Admission tickets when purchased at participating O’Reilly Auto Parts stores and at Grand Forks area tickets outlets.