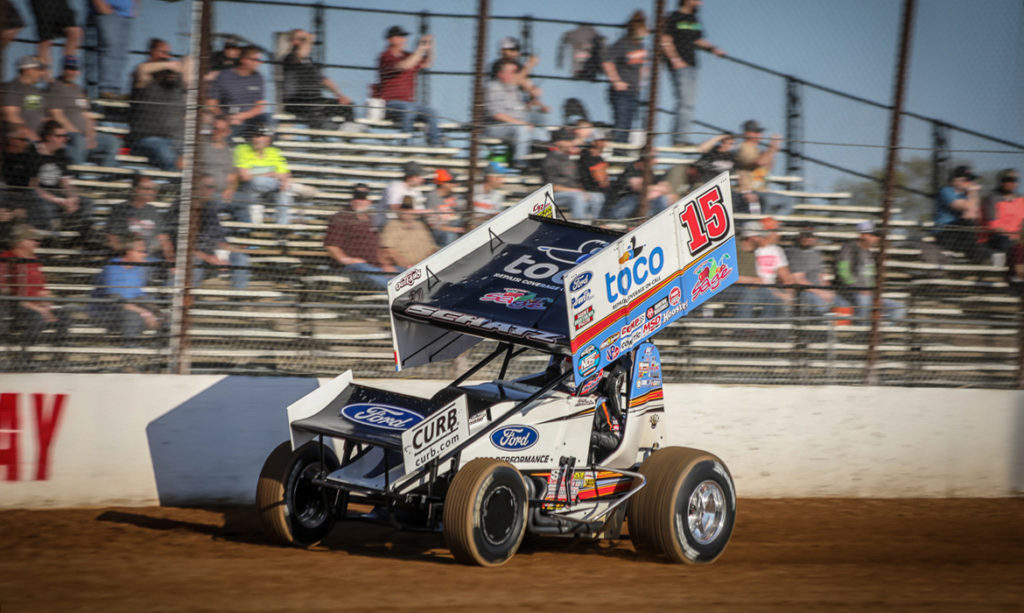 The World of Outlaws NOS Energy Drink Sprint Car Series hits the track at Beaver Dam Raceway in Wisconsin on Saturday, June 22 for the 10th Annual Jim “JB” Boyd Memorial Presented by Karavan Trailers, which will pay $20,000 to the winner.

Daryn Pittman picked up the win in the event last year, which marked his fourth victory at the venue in his career, but first in the Jim “JB” Boyd Memorial. Shane Stewart picked up the win at Beaver Dam in 2017. Bill Balog earned a popular victory in the 2016 edition of the race, which marked his first-career Outlaws win and first by an IRA driver against the Outlaws.

Kasey Kahne, who retired from NASCAR at the end of the 2018 season, will be a special guest at Beaver Dam and will sign autographs on race day from 3:30-4:30 p.m.

Leading the way for the World of Outlaws NOS Energy Drink Sprint Car Series this season is Brad Sweet, a past winner of the Jim “JB” Boyd Memorial, who is chasing his first Outlaws championship. The native of California, has three wins to go along with 22 top-10 finishes and a series-best 17 top-five runs. Donny Schatz, the 10-time and defending series champion, is currently second in the standings, just 12 markers out of the lead. He has won three times as well thus far in 2019.

David Gravel, who also has a trio of victorious this season, currently sits third in points, with Pittman, who has a pair of wins in fourth. Logan Schuchart, the winningest driver on the circuit, with four triumphs, rounds out the current top-five in the standings.

Shane Stewart, who recently won his first race of the season rides sixth in points, with rookie Carson Macedo in seventh, Ian Madsen in eighth, Brent Marks in ninth and Sheldon Haudenschild in 10th.

Also on the road again this year with the Outlaws are veteran drivers Kraig Kinser and Jason Sides as well as youngster Jacob Allen.

The World of Outlaws NOS Energy Drink Sprint Car Series first competed at Beaver Dam Raceway in 1996, with former series champion Dave Blaney picking up the win in that event. A total of 15 drivers have visited victory lane with the series at the track in the previous 24 A-Feature events over the last 22 years.

Joey Saldana is the only driver who has won the Jim “JB” Boyd Memorial more than once, taking the checkered flag in the inaugural race in 2010 and repeating in 2011. In each of the last eight editions of the race, a different driver has visited victory lane, including Pittman, Schatz, Stewart, Sweet, Kinser, Saldana, Balog and Craig Dollansky.

Also in action on during the 10th Annual Jim “JB” Boyd Memorial on Saturday, June 22 will be the IRA Lightning Sprints and the Beaver Dam Raceway Legends.

Tickets can also be purchased online at https://slspromotions.ticketforce.com or by calling 815-344-2023 and at the track on race day.