ALL DIRT ROADS: The Dirt Track at Charlotte Set for Mega World Finals on Nov. 4-6 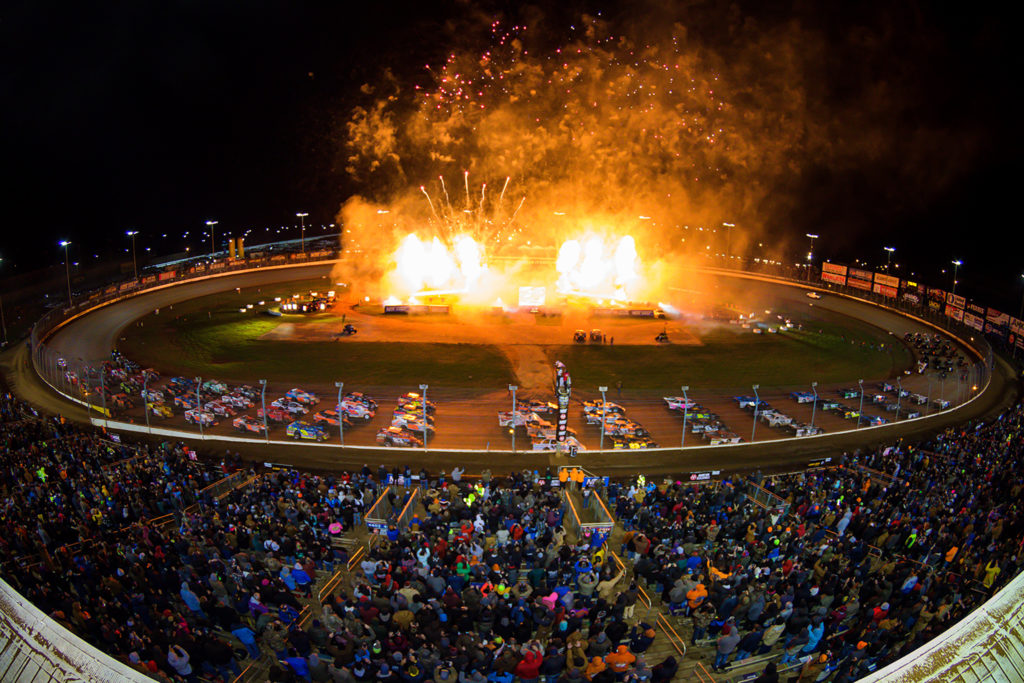 After a one-year hiatus, the NGK/NTK World Finals will return to the hearts of race fans next month on November 4-6.

Established in 2007, this season-ending tripleheader at The Dirt Track at Charlotte has become one of dirt racing’s ultimate destination events. Tickets are available for PURCHASE HERE, or you can watch every lap live on DIRTVision.

The event was impacted by COVID-19 protocols last year, and thus replaced by “Last Call”. David Gravel and Logan Schuchart split victories at the 4/10-mile, but it was Brad Sweet and Kasey Kahne Racing celebrating as champions for the second straight year.

Next month, World Finals is back, the three-division, four-wide salute is back, the championship crowning is back, and the sold-out grandstands are back. Don’t miss out on the most epic season-ending event in dirt racing.

When it comes to The Greatest Show on Dirt, the Series has contested 56 events since the state-of-the-art Concord, NC facility was built in 2000.

No driver has ruled the Queen City quite like Donny Schatz, who owns a whopping 13 wins at The Dirt Track. Eight of those victories have come on a World Finals weekend where the Fargo, ND native clinched one of his ten World of Outlaws championships. With another seven races remaining, Schatz and the Tony Stewart/Curb-Agajanian Racing #15 currently sit fourth in the standings.

All eyes will be pointed towards the new ruler of the top spot in points, though, Brad Sweet.

The Big Cat currently leads David Gravel by 128 points in pursuit of his third consecutive World of Outlaws championship, something only Steve Kinser and Schatz have ever accomplished.

However, the California native has yet to win in 27 starts at The Dirt Track. Before worrying about the points, his focus is on winning every single race available. In fact, he’s still one win away from 75 on his career, which would give him 17 this year and make it his winningest season yet.

“For us specifically, World Finals is always a great time being close to the shop and sponsors,” Sweet said on racing 30 minutes from KKR’s Mooresville, NC garage. “It’s getting close, but we try not to think about any of the points stuff until everything is settled after that last race. We want wins and the rest will take care of itself.”

Outside of Schatz, David Gravel and Logan Schuchart are the only other full-timers with a victory at the 4/10-mile surface. The dominant duo has traded off wins over the last two years, controlling five straight races at The Dirt Track at Charlotte.

Gravel, a four-time winner at the track, scored the season finale in 2017 with CJB Motorsports, swept the 2019 World Finals with Jason Johnson Racing, and won again with JJR at Last Call in 2020. The Watertown, CT native is currently a career-best second in the championship standings with 10 wins in his first campaign with Tod Quiring’s Big Game Motorsports #2 team.

For Schuchart, the Hanover, PA native has quickly figured out the Charlotte oval with an incredible average finish of 3.75 in his last 16 starts. The Shark Racing superstar has topped two May appearances and last year earned a season finale victory at Last Call. He’ll go for his first official World Finals win next month aboard the Drydene Performance Products #1S.

The two hottest rising stars on tour, Carson Macedo and Sheldon Haudenschild have yet to win in Charlotte but did record their career-best finishes at the track during Last Call last year. Macedo’s Jason Johnson Racing #41 has reached 10 wins and still fights for second in the standings, meanwhile, Haudenschild has hit eight victories and battles for fifth in points aboard the Stenhouse Jr. Marshall Racing #17.

World Finals also marks the final weekend with yellow stripes for Kevin Gobrecht Rookie of the Year contenders James McFadden and Brock Zearfoss. The Australian and Pennsylvanian are both looking for their first breakthrough at The Dirt Track. They’ll be joined by Spencer Bayston in the CJB Motorsports #5, who is the first candidate to announce his full-time run at the Award in 2022.

If you can’t make it to the track, you can watch Sides take on all remaining World of Outlaws events live on DIRTVision – either online or through the DIRTVision App.