World of Outlaws return to Hartford Speedway on July 12 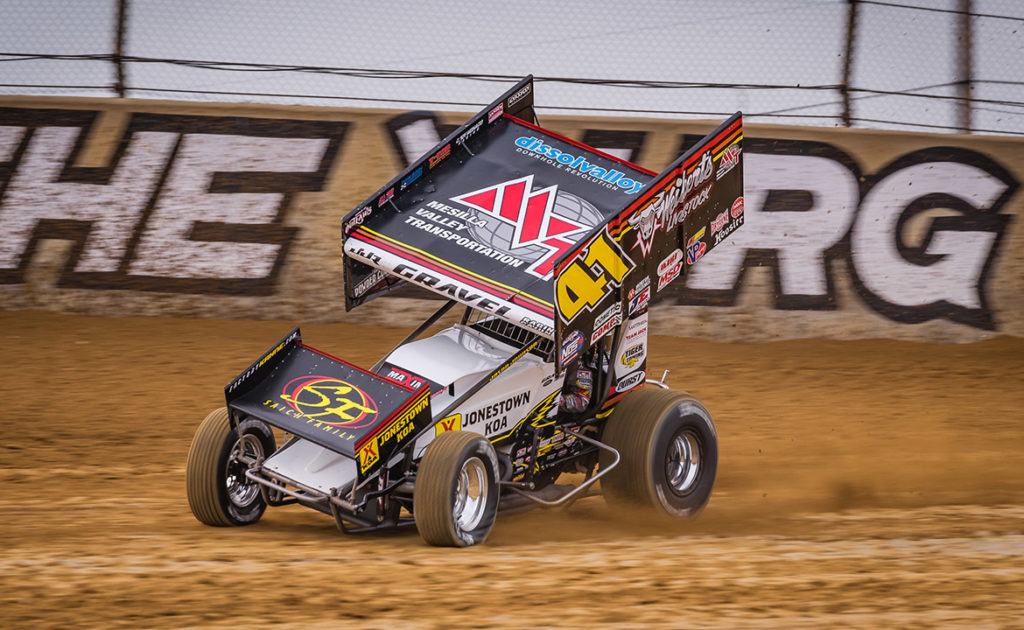 The World of Outlaws NOS Energy Drink Sprint Car Series returns to Hartford Speedway on Friday, July 12 for the “Battle of Michigan.” The event will mark the series ninth overall trip to the track and the second since the surface was re-configured to a three-eighths-mile. The event will also be the series only visit of the year to the state of Michigan.
David Gravel won at Hartford in 2017 and also was victorious in the state of Michigan last year at I-96 Speedway. The Connecticut native is in the midst of his first season driving the No. 41 machine for Jason Johnson Racing and has three victorious thus far in 2019 and is fourth in points.
Shane Stewart won at Hartford Speedway in 2016 on the former half-mile configuration, after starting on the outside of the front row. The veteran driver took the lead from 10-time and defending series champion Donny Schatz on the start. Stewart would hold off Schatz in the 25-lap race to score his first win at the track and his first in the state of Michigan with the World of Outlaws NOS Energy Drink Sprint Car Series.
Brad Sweet currently leads the World of Outlaws NOS Energy Drink Sprint Car Series standings on the strength of a series-best seven wins and 28 top-10 finishes, with 23 of those being top-five showings. Schatz is currently second in the standings and has reached victory lane three times thus far in 2019. Daryn Pittman, the 2013 series champion is third in points, with the aforementioned Gravel in fourth. Logan Schuchart, who has four wins thus far in 2019, currently rides fifth in the standings.
Stewart sits sixth in the standings, rookie Carson Macedo is seventh, with Ian Madsen in eighth. Sheldon Haudenschild is ninth in the current standings and Brent Marks rounds out the top-10. Kraig
Kinser, Jason Sides and Jacob Allen are just outside of the top-10.
Also in action on Friday, July 12 will be the Lane Automotive Michigan Traditional Sprints (MTS), making for an all-open wheel night of racing.
Fans can save $5 on General Admission tickets for the event at Hartford Speedway when purchased at participating O’Reilly Auto Parts locations.
Tickets for the “Battle of Michigan,” featuring the World of Outlaws NOS Energy Drink Sprint Car Series at Hartford Speedway in Hartford, Michigan on Friday, July 12 and can be purchased online at slspromotions.ticketforce.com or by calling SLS Promotions at 815-344-2023 and at the track on race day.