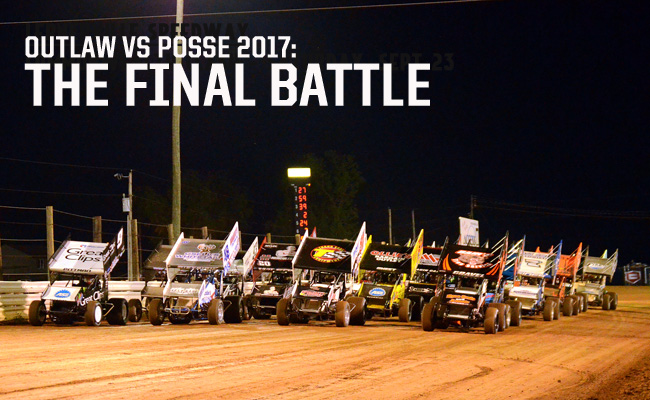 CONCORD, NC – September 26, 2017 – The World of Outlaws Craftsman Sprint Car Series returns to the Port Royal Speedway on Saturday October 14, 2017 for the running of the Nittany Showdown. The event will mark the conclusion of the 2017 battle between the World of Outlaws and the Pennsylvania Posse.

As of now, the score lies Outlaws – 3, Posse – 1, although by the time the Series arrives at Port Royal that number will be significantly different with the Champion Racing Oil National Open at Williams Grove taking place beforehand, Septemeber 28-30.

Thus far in 2017, David Gravel has wins for the Outlaws back in May at Lincoln and Williams Grove Speedway. Shane Stewart completed the Outlaws Sweep with a win of his own at The Grove as well. In July, Posse member Brock Zearfoss scored his first career World of Outlaws Craftsman Sprint Car Series win at the Williams Grove Speedway. Mother Nature postponed the $20,000-to-win Summer Nationals to the end of September, during the National Open.

Regardless of what September’s events at Williams Grove hold, the finale of the Posse vs. Outlaw rivalry will conclude at the Juniata County Fairgrounds on October 14, 2017. DIRTVision.com will have live video of the event.

More information on the Nittany Showdown at Port Royal Speedway can be found online.