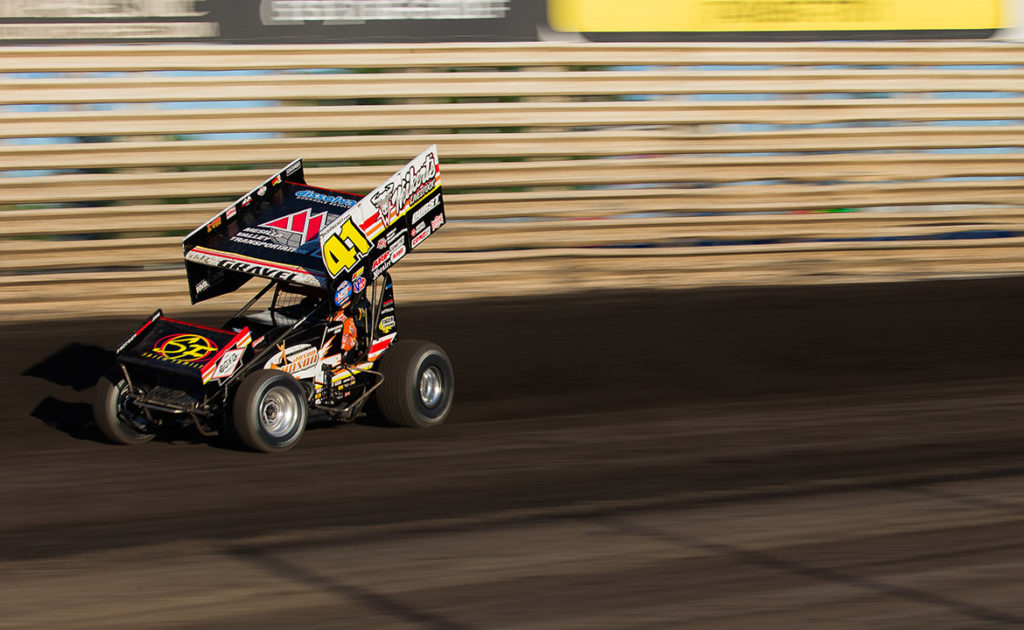 That attempt will have to wait a year with the Nationals postponed to 2021, but that’s not stopping them from preparing for its replacement, “The One and Only” on Aug. 13-15, which includes the $50,000-to-win Brownells Capitani Classic presented by Great Southern Bank, with the same passion and determination they’d put toward the Nationals.

“We’re treating it like it’s the Nationals,” said Gravel, of Watertown, CT. “It’s our biggest paying race of the season (with a massive $400,000 purse). We’re going to be prepared and we’re going to go for it.”

The team has put together a new car – with a special livery that’s almost reminiscent to Jason Johnson’s 2016 Nationals winning scheme – and will use the same motor that propelled them to the Nationals title last year.

Looking good in the Knoxville Sun this AM 😎 pic.twitter.com/me28L1Wdj1

“We’re just going to pretend it’s like the Nationals,” Gravel said. “We’ll just get to run one more night. We’ll see how this format shakes out. It’s new for everybody. You’re going to have to be on your game every time you hit the track just like Nationals.”

Gravel and JJR have a solid history of being on their game every time they enter “The Sprint Car Capital of the World.” Johnson won the Nationals in 2016. Carson Macedo brought the team a victory during the 360 Nationals in 2018. Gravel has three World of Outlaws NOS Energy Drink Sprint Car Series wins at the historic half-mile – most recently in May when the Series returned to racing after a two-month hiatus. He also won the Capitani Classic last year – which has been a track event for the past eight years.

During the Series’ doubleheader event at Knoxville in June, Gravel earned a podium the first night and then got involved in an accident the second and finished 19th. Leaving the bad night in the past, Gravel and his JJR team are entering this weekend with full confidence in their ability to find Victory Lane again.

“It’s no secret the 41 has had success at Knoxville,” Gravel said. “Just seems to be a good combination. Knoxville is a pretty hard place to get around, night in and night out. I feel like I’m one of those guys that can do that pretty well. Phil (Dietz, JJR crew chief) has been fast at Knoxville with multiple drivers. With Jason, Carson and I. Just shows how strong the team is. We’re going to go back with a lot of confidence and see what we can do.”

Not only will the team be looking for another big win, they’ll be looking to secure three solid points nights with all three nights of racing paying full points. Gravel isn’t in contention for the driver championship – due to missing two races – but JJR is only 38 points back from the lead for the team championship.

Gravel knows how important a championship would be to JJR and keeps it in the back of his mind each week.

“I always look at points,” Gravel said. “You say you’re not worried about them, but you always peak at them. It doesn’t change the way I drive. I always try to finish the best position I can every night. If I think I’m going to run seventh, I’m not going to force it to try and run sixth to ruin the car. But also, I’m not going to give up any spots. It’s one of those things that you keep an eye on.

“There is a chance. If we get on a run at Knoxville, there’s a chance for good things to happen. There could be a lot of movement at Knoxville being a points race and this crazy format. Anything is possible.”

Single-day tickets and package tickets are on sale and can be purchased by clicking here.

If you can’t make it to the track, you can still watch all three nights of racing live on DIRTVision.