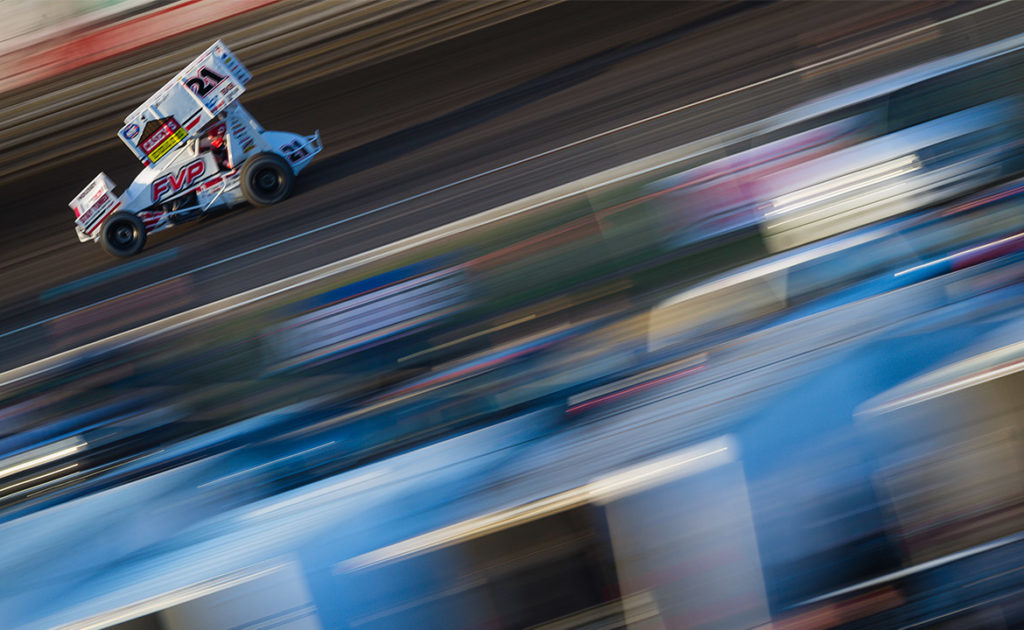 “The FVP Platinum Battery Showdowns have proven to be exceptional events and the FVP team couldn’t be more excited to bring fans a World of Outlaws doubleheader at the Stockton Dirt Track,” said Dave Schumacher, Director of Marketing for FVP.

Sweet, Macedo and current rookie contender Mason Daniel, of Springville, CA, will be on the hunt to win in their home state. But drivers like Schatz, 2013 champion Daryn Pittman – who drivers for California-based Roth Motorsports – and 2019 Knoxville Nationals winner David Gravel are sure to be in contention for the win, creating an intense battle for the victory both nights.

Logan Schuchart swept both races at the Stockton Dirt Track last year in dramatic fashion. While chasing Shane Stewart in the closing laps of the Spring race, Stewart blew a tire, handing Schuchart the lead. The Shark Racing driver then went on to hold off Kasey Kahne Racing’s Brad Sweet for the win. Then, in the Series’ second trip to the 3/8-mile track last year, Schuchart’s teammate, Jacob Allen, dominated the event until he had a part failure on the last lap, handing Schuchart the lead and the win.

The fearless winged warriors of the World of Outlaws will show fans why the Series is The Greatest Show on Dirt.

Tickets are now on sale for both nights of the FVP Platinum Battery Showdown at the Stockton Dirt Track.

As always, if you can’t make it to the event, you can watch all of the action LIVE on DIRTVision.com.