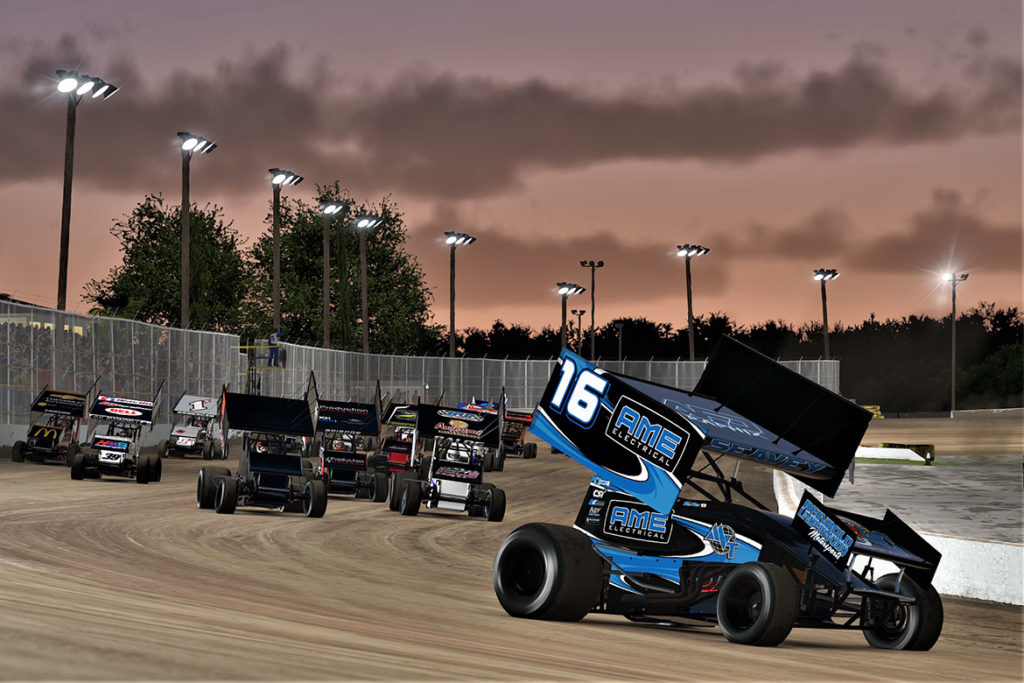 CONCORD, NC — Whether it was the reaction of fans, media or the racers themselves, the first NOS Energy Drink World of Outlaws iRacing Invitational that aired Wednesday night on DIRTVision clearly provided a much-needed respite from what many are dealing with around the world.

Johnny Gibson in the booth, a remote drivers meeting with World of Outlaws NOS Energy Drink Sprint Car Series Race Director Mike Hess, side-by-side racing, a four-wide parade lap and a thrilling finish at Volusia Speedway Park had everything a World of Outlaws fan could want. From World of Outlaws stars to drivers from NASCAR, NHRA and weekly tracks across the country, the entire event proved to be a blast.

While Logan Seavey took home the checkered flag, it was clearly an event bigger than any one driver, and Social Media enjoyed every minute:

That was fun to watch. Nice work to everyone involved. @Logan_Seavey wins the inaugural race. I thought @JamieBall5J was the guy to beat and then he disappeared. @dirtvision @WorldofOutlaws @iRacing 👍 https://t.co/rkE4A1yWFy

This was honestly a lot of fun. Trying to teach my dad the very little I know. For his heat my heart was literally pounding like he was about to run his heat at the Knoxville Nationals. So much fun. Thank you @iRacing @WorldofOutlaws @dirtvision.

Scratching that racing itch with the WoO iRacing invitational tonight on dirtvision! 😍 Thanks @dirtvision @WorldofOutlaws @iRacing for putting this together! pic.twitter.com/oIgCpPzvdm

News coverage of the event was also thorough, with some stations even going to see the drivers and their simulator setups in their homes and race shops.

iRACING: Highlights from the @WorldofOutlaws iRacing Invitational on @dirtvision!

(I should tell you, @LanceDewease is great on a dirt track, ok on a game controller… but mostly a good sport to put up with the teasing 😂)

RECAP: @Logan_Seavey slid past @robbiekendall55 and went on to victory and a $1,000 payday during Wednesday night's inaugural @WorldofOutlaws @iRacing Invitational at the virtual @VolusiaSpeedway –> https://t.co/ZGj5RWcg5I

Afterward, the drivers even provided post-race reaction, from Brian Brown doing a full interview in his kitchen surrounded by products from his sponsors to David Gravel giving a complete recap of his night.

Man what a race! Thanks to @WorldofOutlaws and @iRacing for putting this event on! I’d be lying if I said I wasn’t salty right now! Congrats on the win @Logan_Seavey

Finally, if you missed the event, check out the highlights below, and tune into DIRTVision later this week and be part of the #DVWatchParty Friday with several historic World of Outlaws Morton Buildings Late Model Series races and Saturday with World of Outlaws NOS Energy Drink Sprint Cars from Knoxville Raceway.