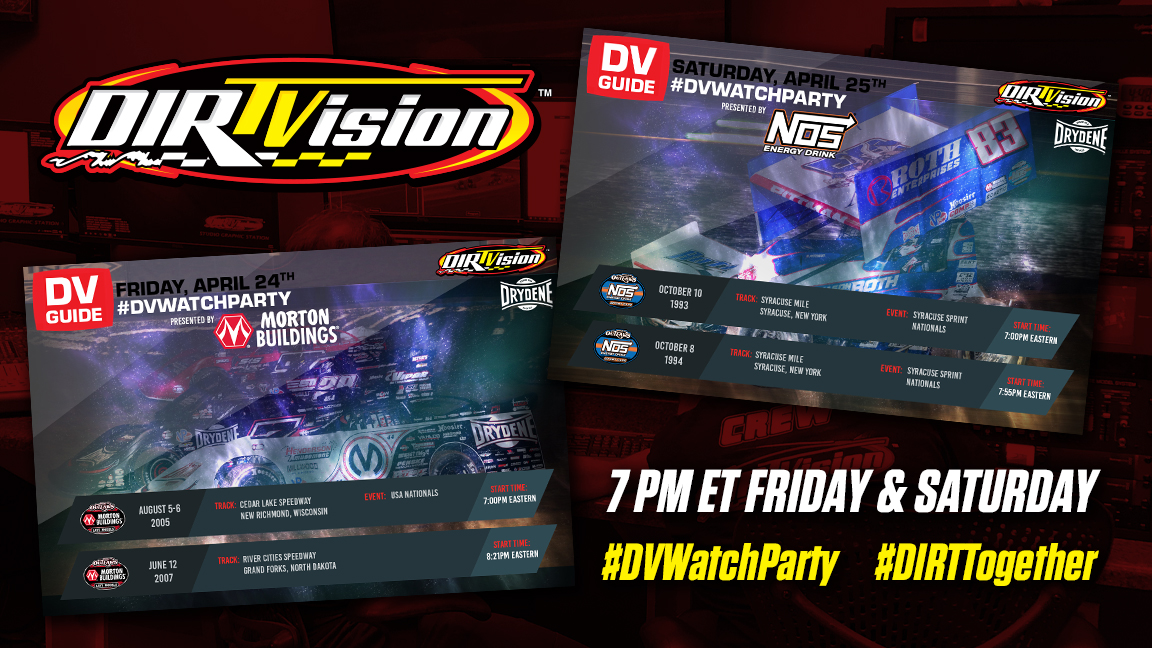 CONCORD, NC — Friday and Saturday DIRTVision Watch Parties have brought back to life so many memories for fans and drivers while we’re all waiting to return to racing. With Dillon Welch as host, drivers join via video conference to talk about some of the most memorable races of their careers.

Friday night at 7 pm ET, fans will get to see Dale McDowell earn an emotional victory in the 2005 USA Nationals at Cedar Lake Speedway, then hear from McDowell and announcer Rick Eshelman discuss the race. Then, Tim Fuller and Eddie Carrier Jr. join Welch to recall a World of Outlaws Morton Buildings Late Model Series thriller at River Cities Speedway in Grand Forks, ND, where both drivers were chasing their first Series victory.

Watching the races is one thing, but listening to the drivers share their memories of these events take the broadcasts to another level. Join the party and share your memories on social media using #DVWatchParty.