LOOKING AHEAD: World of Outlaws Late Models Return to Racing at Jackson 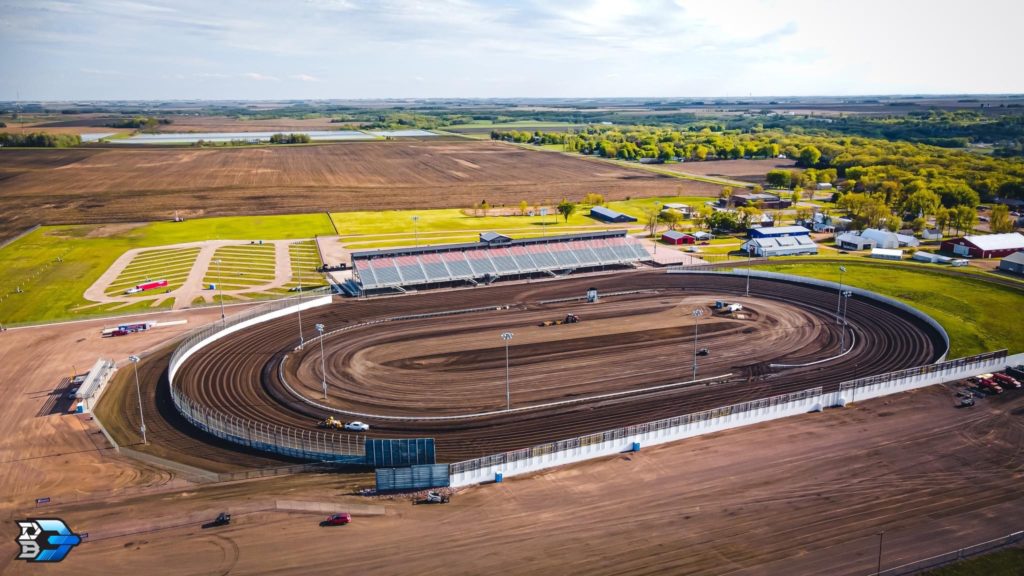 After two and a half months off, 11 weeks away, and 77 days on the sidelines, the World of Outlaws Morton Buildings Late Model Series finally RETURNS to RACING this Friday and Saturday, May 22-23 at Minnesota’s Jackson Motorplex.

While it will be the Late Models first visit to the Jackson 4/10th mile since 1988 when Willy Kraft won, the modern day Outlaws are well-accustomed to the “North Star State” with 26 appearances in Minnesota since 2006. Driver entry is still open for this weekend’s event at Jackson, and can be found HERE.

No fans will be allowed in attendance due to COVID-19 regulations, so DIRTVision pres. by Drydene Performance Products has you covered for the monster weekend – which also includes the World of Outlaws NOS Energy Drink Sprint Car Series at Federated Auto Parts Raceway at I-55. They’ll have LIVE coverage both nights, so make sure you have your all-access FAST PASS dialed up to use.

Brandon Sheppard of New Berlin, Ill. enters the RETURN to RACING as the defending World of Outlaws champion and current series points leader. Through nine starts in 2020, Sheppard has finished top ten in every feature with eight top five results and a win at Volusia (Fla.) Speedway Park in the Mark Richards owned Rocket1 Racing, Valvoline No. 1.

Coming off the greatest rookie campaign in series history, Ricky Weiss of Headingley, Manitoba, Canada has carried his success into the new year and rattled off a hot streak that featured his first-career World of Outlaws Morton Buildings Late Model victory at Vado (N.M.) Speedway Park in January. At the moment, Weiss presents the closest challenge to Sheppard in the early championship chase, trailing “B-Shepp” by 58 markers on the heels of five top five finishes and seven top ten results.

Although he hails from Union, Ky., The Bluegrass Bandit Darrell Lanigan sure looks right at home when the World of Outlaws roll into The Land of 10,000 Lakes. With seven victories in Minnesota (six at Deer Creek, one at North Central), Lanigan’s win count is more than double the next closest contender in Chris Madden, Josh Richards and Shane Clanton, each at three wins. For the three-time series champion, he has not only his regional success to count on, but his 2020 resurgence as well. Sitting third in points, Lanigan has been consistent early on with five top five finishes to his credit aboard the No. 29v.

Scott Bloomquist of Mooresburg, Tenn. and Chris Madden of Gray Court, S.C. head the two-car tandem at Zero Motorsports, with both standing inside the top five in points. Madden, who was red hot in 2019, already picked up one win at Vado in January and returns to a state where, like Lanigan, he’s found success in the past. Sporting his Drydene Performance Products scheme like Madden, Bloomquist will be laser-focused on nailing down his first World of Outlaws win of the year after a solid start saw a pair of top fives for the 2004 series champion.

Proven winners Dennis Erb Jr. of Carpentersville, Ill., Chase Junghans of Manhattan, Kans., and Cade Dillard of Robeline, La. will all be in action seeking to surge from mid-pack and rise to title contention. Series regulars Boom Briggs of Bear Lake, Pa. and Brent Larson of Lake Elmo, Mn., who will only be a few hours from home, will both be seeking their first top five finish of the year.

With the resumption of the season, the tight Rookie of the Year race ramps up as well. At the moment, Ashton Winger of Hampton, Ga. holds the top spot by 56 points over Matt Cosner of Ridgeley, W.V. and 66 points over Kody Evans of Camden, Ohio.

Both nights at Jackson Motorplex will kick off at 6:00pm CST with hot laps followed by qualifying. The Hoosier LM-30, W-30 will be implemented on all four corners with a Hoosier LM-40 option on the right rear only. More information can be found below: