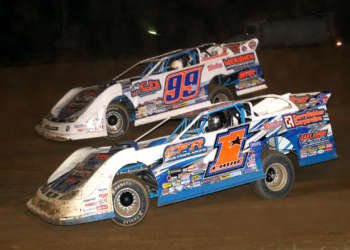 At a Glance: Family Matters 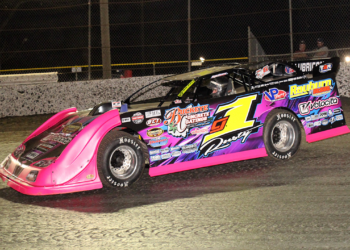 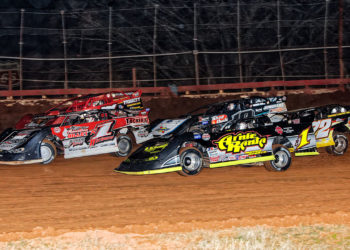 For the first time since 2016, Bear Lake, PA-native Rick “Boom” Briggs is back aboard the World of Outlaws Morton Buildings Late Model Series tour. Briggs has raced with the Outlaws several times throughout his career, gathering five top-fives and 13 top-10s, with his best finish coming in February of 2016 at Screven Motor Speedway – a runner-up effort for his No. 99B machine. Throughout 2018, Briggs raced regionally throughout the Northeast, with wins at the Thunder Mountain, Eriez and Freedom speedways.

Widely known for his success in the Northeastern Late Model circuits, Boom grew up alongside cousin and Late Model hall-of-famer Chub Frank, who’s father founded and previously operated the Stateline and Eriez speedways. Boom ran his own operation in through the mid-1990s before getting married and ceasing operations shortly after. But his love for the sport drew him back in, soon joining back up with Chub on his road crew as they chased the Series’ rebirth tour in 2004.

Near the end of the 2005 season, Boom took over the driving duties of his father Rick’s operation after a health scare. Since then, Boom followed in his father’s and Chub’s footsteps racing locally, until deciding to give the national tour a try for the first time in 2014. Two 11ths and a 14th-place finish in the 2014, 2015 and 2016 points championships rendered Boom’s traveling tank dry, as he returned to the local circuit for 2017 and 2018.

In 2019, Boom looks to bring back the tenacity he’s known for on the tour and cash in for his elusive first career victory with the World of Outlaws.