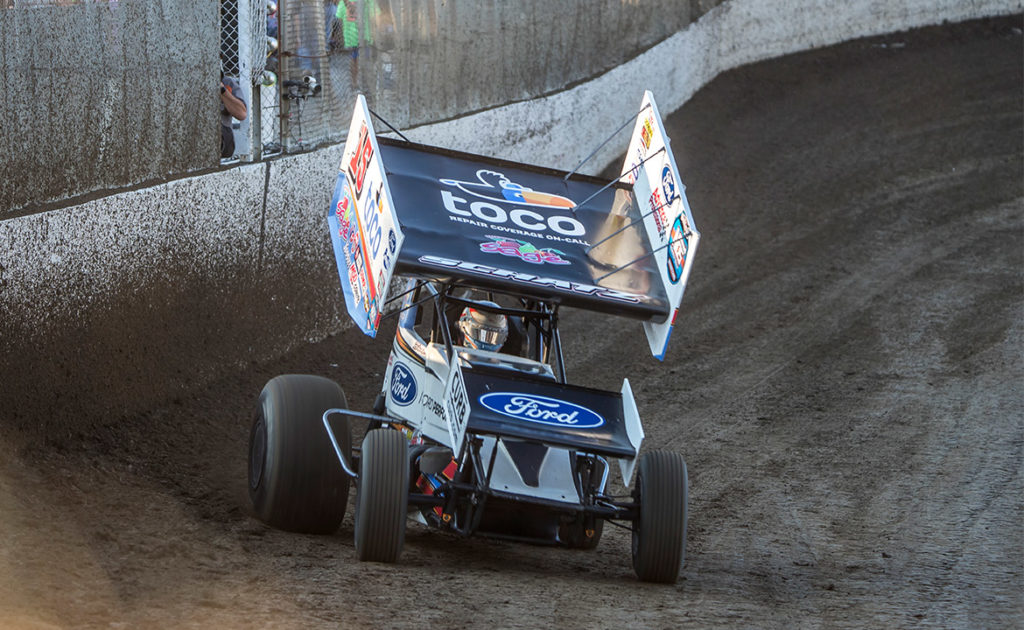 On Sept. 2, they’ll be primed to do it again, along with the rest of the stars of the World of Outlaws, when they return to the Washington raceway.

Schatz, of Fargo, N.D., put on an impressive performance last year, leading all 30 laps, but Pittman didn’t let him cruise to the win. He hunted Schatz down and stayed on his bumper for the closing laps, keeping fans on the edge of their seat for the final laps.

The victory was Schatz’s fifth at the raceway. He’s sure to be a threat for the win again, with seven wins already this season. His win total was in the double digits last year by the time he entered Grays Harbor. However, this year Brad Sweet has raised his performance to Schatz’s level.

Sweet, of Grass Valley, Calif., and driver for Washington-native Kasey Kahne, has been in a tight points battle with Schatz all year. He’s led the points for the past two months and has collected 12 wins, so far – the most wins he’s claimed in a single year. He was en route to a potential top-five finish at the raceway last year before getting tangled with Logan Schuchart late in the race.

Pittman won the two season opening races in Florida, but has yet to win another World of Outlaws race since. He’ll be hungry for a win at the raceway with his California-based Roth Motorsports team.

David Gravel rounded out the podium last year with a charge from sixth to third. With consistent podium finishes and winning the Knoxville Nationals, he’ll look to finish a couple of spots better this year to claim his first Grays Harbor Raceway victory.

It’s sure to be a thrilling show with the winged warriors of the World of Outlaws creating memories fans won’t forget. Get tickets and information.