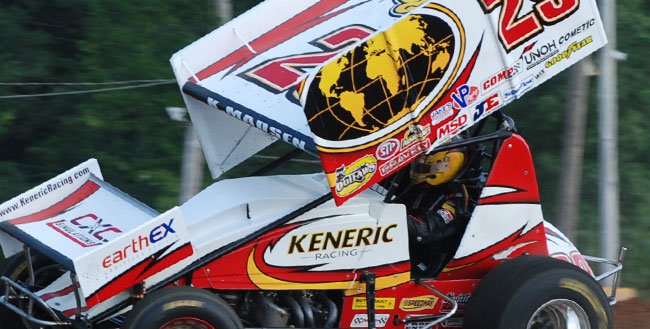 The World of Outlaws Sprint Car Series event was completed under a shortened program at Federated Auto Parts Raceway at I-55. All races were finished except the final event, which was staged on the track when a downpour and lightning closed in on the area. Local authority warned of the severity of the storm and measures were immediately taken for the safety of the spectators and teams.

The Federated Auto Parts Ironman 55 main event will be contested as part of the program during the World of Outlaws appearance at Federated Auto Parts Raceway at I-55 on Saturday, Oct. 13. Ticket holders for the October show will get to watch two feature programs for their admission.

Kerry Madsen won his fourth dash of the season to earn the pole for the famed event with fellow Australian James McFadden on the outside of the front row.

Next up, the World of Outlaws venture to Knoxville, Iowa, for the $150,000-to-win, 52nd annual Goodyear Knoxville Nationals next Wednesday through Saturday.