SCRUFFY’S WAY: Bobby Allen talks about how he beat the heavy hitters at Eldora 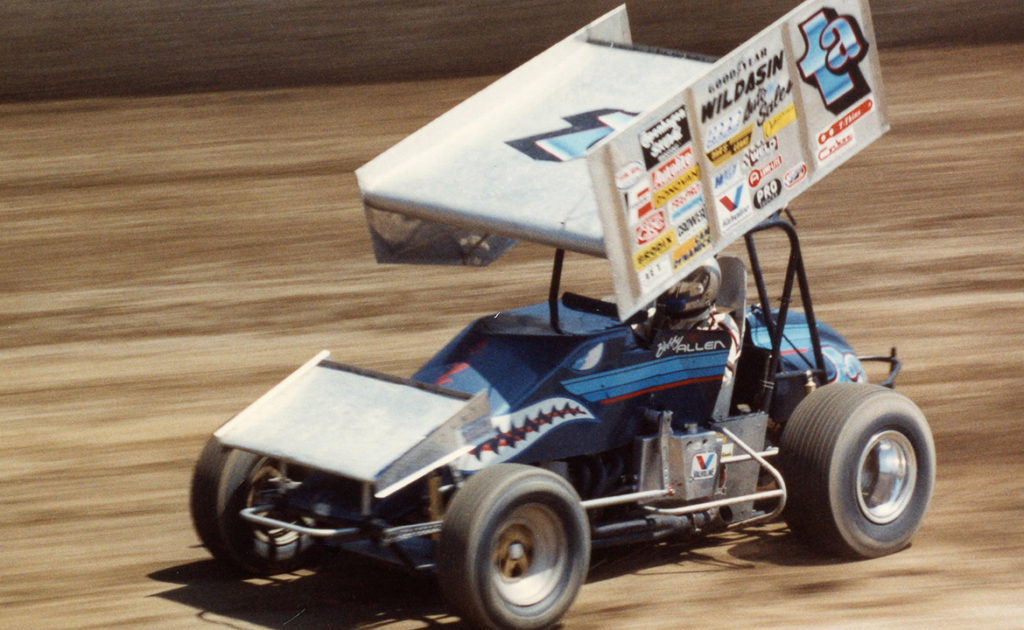 The second in a two-part feature on legendary World of Outlaws racer Bobby Allen. (Click here to read Part I)

Bobby Allen felt like he had an advantage over the rest of the field going into the 1986 Eldora Nationals. He had what many drivers struggle to find – confidence.

However, despite his notion of being the driver to beat at the Aug. 9, 1986 event, he still considered himself a dark horse. Or a “many more.”

“They’d always make in the announcement, ‘This week you’ll see Steve Kinser, Sammy Swindell, Doug Wolfgang and many more.’ Well, I always called myself a “many more,” he said with a chuckle.

Allen wasn’t a stranger to victory lane there, though. He holds the title of winning the inaugural World of Outlaws Sprint Car race at Eldora Speedway. He always felt like he ran well at the Ohio track and could have had more wins there if it weren’t for mechanical issues, he said. He almost won the 1988 Kings Royal before his motor blew and he ended up second.

Winning at Eldora was special. Like Knoxville, Eldora had a distinction to it, Allen said. It was always one of his favorite tracks to go to — as a driver and a fan.

“At Eldora, as far as I was concerned, even when I ran the race car in the race, I was a fan of them other guys,” Allen said. “Back then, you could go into the corner running third and do a slide job and end up being first. I never did that. But the other guys did that, and I’d watch them in front of me sometimes. I’d be like, ‘Oh man, here we go again.’ It almost felt like dive bombers or planes diving in there, sliding across each other because you ran wide open. If you got off the gas for a second, you’d get passed by two or three cars. Eldora was always exciting. It was definitely a racer’s racetrack.”

He didn’t need to pull fancy slide jobs to win at Eldora in 1986. In his own car, that he built himself, with his own team, he simply had all of the right pieces in the right place.

Through building his own chassis, he learned what kind of chassis worked best on certain tracks. At Eldora, he said you wanted a little bit of flex.

“You wanted to have flex where it would return,” Allen said. “Or kind of like a frame that was like a torsion bar itself. If the frame would give up and it wouldn’t hold its weight right, then you know that was no good. Back then they didn’t have rules, so you could build them out of thin tubing, etc.”

While teams nowadays have a special motor for certain tracks, Allen used the same motor he ran everywhere else. And like the chassis, he built that, too.

“You wanted a motor that didn’t give you trouble,” Allen said. “They were basically all the same to run good there or anywhere else.”

One of the key elements that helped him win the race was the set of tires you used — Hoosier’s softer compound tire. While others ran a harder compound, and Hoosier wanted him to do the same, Allen knew the softer compound was the right tool for the job. (See Part I for more on that story).

Those elements, combined with a good setup, allowed Allen to drive his #1a car the way he was most comfortable — straight.

“Guys would try to run the same tire I run but couldn’t because they drove their car sideways, where I drove my car straight,” Allen said. “That’s why they needed the Goodyear. If you ran it sideways it seemed to work better. Where the Hoosier, if you ran it straight the car stuck. They were actually faster.

“I raced the car with the front end and kept the backend stuck. Most other guys ran the car going in with the backend and gassing it. You like to have the feeling of the right front when you drive in. You like to have the right front stuck and the rear end catches it. To me, that feels like the best way when it’s slick. I feel like (Donny) Schatz drives (straight) that way, too. Schatz drives with the front end.”

With his self-built chassis and self-built motor and soft compound tires, he kept his car stuck to the bottom and middle lanes to drive away from the likes of Kinser, Swindell and Wolfgang to pick up his second and final career World of Outlaws win at Eldora Speedway.

At the end of the night, he was no longer the “many more.” He was the victorious Bobby “Scruffy” Allen.